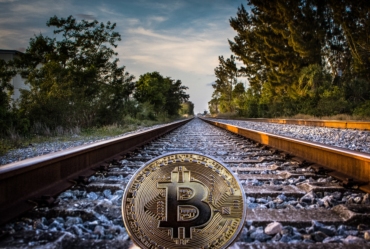 For obvious reasons, it doesn’t feel great to be a Bitcoin (BTC) investor right now. However, the biggest causalities are those crypto-asset investors who are new to the market.

In truth, they are living in pangs of regrets. Many of them are wondering how they were so blind to invest in a failing business. If you find yourself in their shoes, there is still hope. Yes, this article will demonstrate 5 valid points on why Bitcoin needs your attention right now.

1. Chances of Institutional Funds Coming in are High

This year, Intercontinental Exchange (ICE) announced that it has prepared the ecosystem for institutional investors. With the plan to launch a digital asset exchange, it will prepare the floor for institutional funds. The owner of ICE is also behind the New York Stock Exchange (NYSE). So, announcing a plan to build a platform for trading digital asset futures is great news.

2. Regulators Have Given up on Bitcoin

Of all the threats for Bitcoin, those from government agencies are the worst. Indeed, threats made many investors worried sick. Governments around the world threatened to clamp down on Bitcoin promoters. In places like China, the clampdown was intense, but the G20 meeting in March doused the tension. The reason is that the world’s leaders discussed Bitcoin at the meeting. At the meeting, delegates resolved that the new payment instrument doesn’t threaten the global financial system.

Admittedly, it may be difficult to say when exactly, but sooner rather than later, a Bitcoin ETF is coming. SEC Commissioner Hester Peirce openly criticized the commission for rejecting one of such proposals. The SEC cannot hold on to their decision forever. While the CFTC has approved regulated trading futures, a Bitcoin ETF is likely going to be approved as well.

A recent Yale University study reveals that every diversified investment portfolio shows a person being a BTC holder. Likewise, the same research shows that the traditional stock market has no influence on Bitcoin. However, Bitcoin has its own market factors that affect it. A Sharpe ratio shows that Bitcoin has better risk-return payoff than the traditional asset class.

Despite overall BTC price stagnation, the demand for Bitcoin in EM continues to rise. In the Philippines, Kenya, and Mexico, there have been reports of increased Bitcoin trade. Also, countries that suffer from economic crises, such as Zimbabwe, Venezuela, and Turkey, are increasingly turning to Bitcoin. No doubt, Bitcoin adoption in the EM shows that the world has accepted it, and it is a matter of time before investors flock to it once again.