There are usually three dimensions that are associated with every market and they are fundamental analysis, technical analysis, and market manipulation. However, some markets are characterized by cartels as the fourth dimension.

One might think that cartels fall under “manipulation” but that is not the case because their main agenda is price suppression according to this article on Medium. The latter claims that cartels have been involved in the cryptocurrency market, particularly in Bitcoin since October last year. They reportedly started influencing the market when the CME-Futures Market ventured into the cryptocurrency market.

This claim has received mixed reactions on Reddit but most of the users on the platform agree that there is some degree of manipulation in the market. Meanwhile, the author of the post on Medium refuses to believe that Bitcoin prices have been correcting naturally as seen on the charts and even provides some compelling arguments. The author claims that price movements have been affected by external influences since December 17th last year after the CME opening.

The author of the Medium article also follows up the claim with tradingview.com chart created using price data from Bitfinex, demonstrating the Bitcoin price chart. The author also draws a trend line demonstrating the aligning reversal points which coincidentally happen to be influenced by news releases. 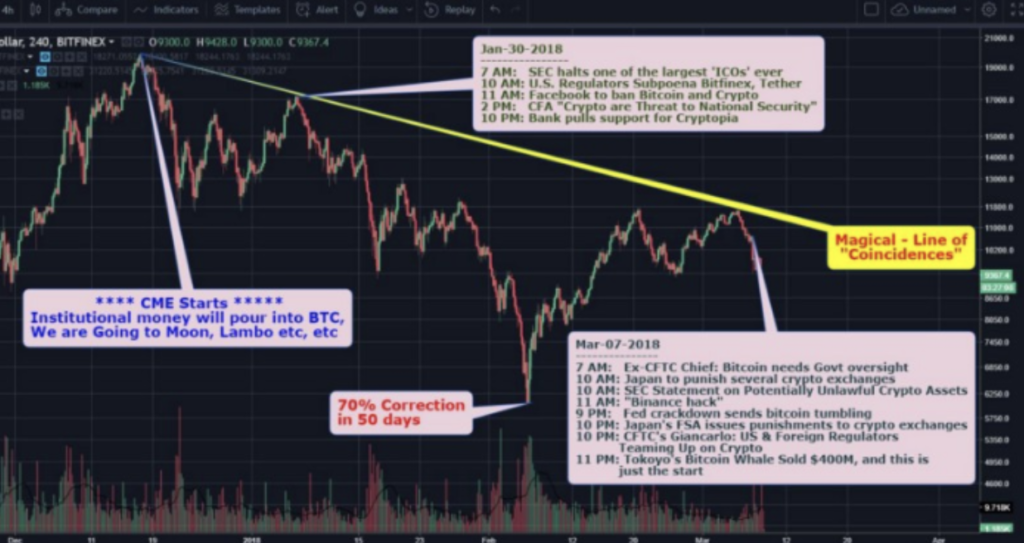 The analytical author also pointed out some more evidence supporting the claim that there was a cartel interested in pushing down the price of the cryptocurrency. This is also done with the help of a chart demonstrating strange dumping patterns within a span of a few days. 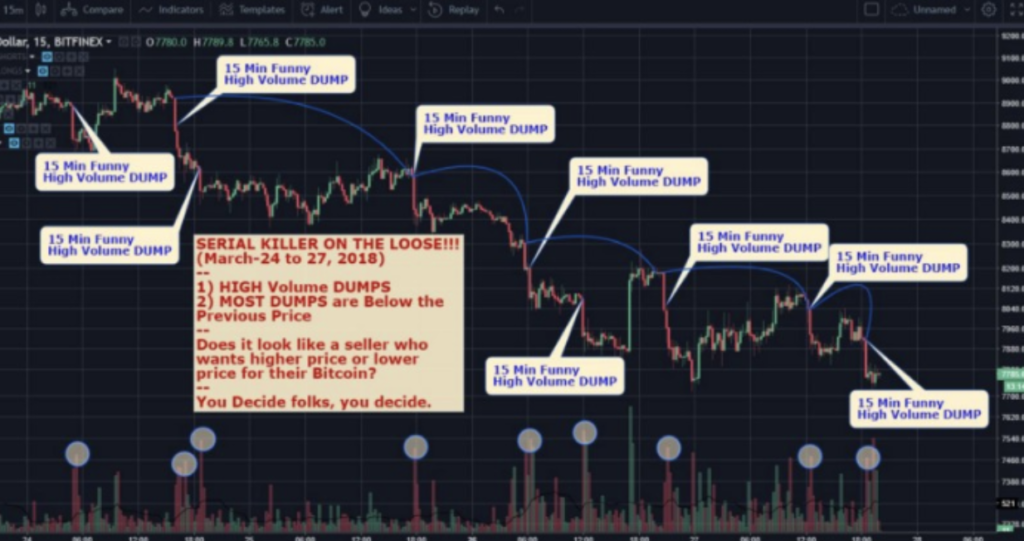 The above chart demonstrates what the analyst describes as “funny high dumps” each taking a period of 15 minutes. The dumps would appear whenever the price tried to recover and all of them happen to be high volume dumps. The most important point to note is that almost all the dumps would start at a price that was lower than the price of the previous dump. This suggests that there was a party that was selling huge volumes of Bitcoin without price consideration. The most logical explanation of this is that the price of Bitcoin is being manipulated and the person or organization behind this price manipulation has not been considering the cost.