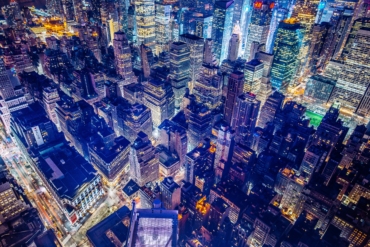 Many businesses are starting to accept payments in bitcoin. Bellatorra Skin Care, which specializes in luxury items, is especially finding the use of bitcoin inevitable. The company has been expanding in recent years and now has outlets in India and China.

Initially, bitcoin experienced low interest from businesses even as its price went up. However, many businesses now prefer the use of bitcoin in transactions especially business-to-business payments as well as retail payments. Other cryptocurrencies are also recording an increase in their adoption.

Bellatorra CEO Nathan Halsey said that the company expanded and has a large share in the international market and has seen an increase in demand for cryptocurrencies in markets like India and China. Bellatorra is based in Beverly Hills, California. He added that cryptocurrency has come to be a viable solution to many of the challenges that face the company and several businesses with international operations are adopting similar practices.

Innovators envisioned bitcoin as a means of cross-border payments. Bitcoin was seen as a way of reducing the challenges that cross-border businesses face as well as reducing the high transaction fee. Bellatorra was experiencing these challenges and its customers started suggesting the use of bitcoin in settling payments.

Halsey says that the company has managed to complete several six-figure transactions in bitcoin without a hitch.

After successfully rolling out payment in bitcoin for wholesale customers, the company has started payments in litecoin and ether for its retail customers. BitPay only facilitates payments in bitcoin and bitcoin cash. Bellatorra is working with other cryptocurrency processors to facilitate payments in other small digital currencies for the benefit of its retail customers. Halsey says the company has been using GoUrl.io and PayWithEther.com for such transactions and has already collected a lot of litecoin and ether payments from customers in the Asian market.

The use of bitcoin in B2B payments is far beyond the use of Altcoin for retail payments. In terms of the size of market, global B2B payments now account for around 15% of BitPay’s business. This is after a 328% rise in dollar payments volume between 2016 and 2017. According to BitPay chief commercial officer Sonny Singh, these payments are expected to go up four times by the end of 2018.

These figures could be the main motivation factor why BitPay recently secured $40 million in a Series B. BitPay intends to use this money to expand its business in the Asian market.