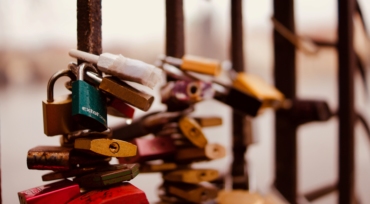 Austria’s Financial Market Authority has ordered INVIA GmbH to wind down its operations in the country. The regulator alleges the cryptocurrency firm has been violating country banking laws with its digital currency related investment products.

The regulator has taken a swipe at INVIA GmbH over claims it is offering an unauthorized alternative investment fund (AIF). This offering would be in direct violation of the country’s Banking Act. The company will have to halt its operations even as the investigation continues.

According to the Financial Market Authority, the unregistered company has been operating illegally in the country. Since they are not registered, the company is not authorized to offer products like AIFs.

INVIA World, INVIA GmbH’s parent company, claims to mine the most profitable cryptocurrencies using a proprietary algorithm. The company mines a variety of tokens. After a Bitcoin or Ethereum conversion, investors receive them as payment.

A OPTIOMET verdict has not been issued yet as Vienna’s Public Prosecutors Office is still looking into the matter. Amidst the regulatory standoff, the project is receiving extensive marketing online as a global premier Bitcoin investment project. However, there are those that continue to term it as a Ponzi scheme.

A crackdown on NVIA GmbH underscores how regulators around the world are quickly moving to tame an industry that has long operated under minimal scrutiny. Increased cases of fraud have left regulators with no choice but to crack the whip on illegal cryptocurrency projects.

Authorities in North America have been tightening their oversight following increased cases of scams involving cryptocurrencies. The North American Securities Administrators Association has been closely watching Initial Coin Offerings that are duping unknowing investors. South Korea has already banned such offerings as China continues to crackdown on cryptocurrency trading as well as illegal mining operations.

Regulatory scrutiny has had a catastrophic impact on the once booming sector as a number of cryptocurrencies have lost a substantial amount of value on fear gripping the industry.