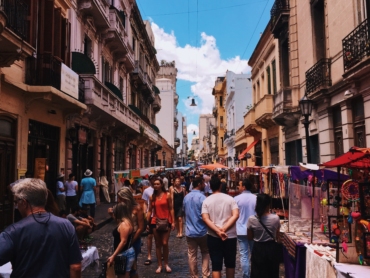 Blockchain technology and cryptocurrency are becoming more attractive to banks as far as improving their services. It appears Argentina might be the latest country to steer towards that direction.

Bitrex will handle the process of converting Bitcoin to Fiat currencies. This will help facilitate the success of the Bitcoin-powered international payment solution. It will also handle the transaction fees involved when miners verify transactions. The bank revealed a statement that the service will be hugely beneficial to users because it will cut transaction costs. Additionally, other cost reducing expectations come from the service not featuring any international banks acting as intermediaries.

The Argentine bank is one of the latest banking institutions to consider the use of blockchain technology to introduce more efficiency into their operations. Blockchain is ideal because it is not only highly secure, but also facilitates rapid transactions. These two characteristics are highly appealing to the banking industry.

A blockchain solution is far more promising compared to the SWIFT network. It can take anywhere between five days to three weeks to facilitate international transactions based on transaction size. Thus, it makes sense to move to a platform that can lowers costs and duration time that it takes to transfer money.

Meanwhile, the Argentine bank’s decision could be a response from pressure of the country’s collapsing currency. The adoption of cryptocurrency and blockchain will provide flexibility to the country’s banking system. Banco Masventas is slated to become one of the first banking institutions in the world to come up with an international payments standard that leverages Bitcoin.

Banco Masventas’ new Bitcoin-powered remittance service will initially launch in 50 countries, although it will most likely be made available in more countries later on. Additionally, it aims to lower the payment time frame from days to 24 hours. If the Argentine bank is successful, it will be a significant technological step forward for the country’s banking industry and give Argentina a boost over neighboring countries.