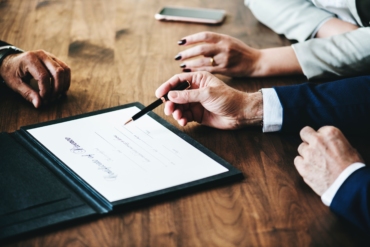 Cryptocurrency bulls are hopeful that the U.S. investment regulator will give the first Bitcoin (BTC) Exchange-traded Fund (ETF) a green-light sometime this year. This is the feeling despite being disappointed by a series of postponements and rejections. Bill Barhydt, CEO of Bitcoin payment firm Abra, said the reason is that so far the applicants haven’t conformed to the level that the agency is requiring. Barhydt gave an instance of himself as a former staffer of Goldman Sachs. He argued that the watchdog wouldn’t grant him an ETF despite how well-dressed he was.

This year, the investment watchdog has had to reject a proposal from the Winklevoss twins. Also, the US regulator postponed a conclusion on another decision regarding VanEck and SolidX. Just like the Winklevoss twins, the SEC turned down the rest of the applications. Advocates, however, believe that institutional investors will transition the industry into the mainstream. Though, huge price slumps in the current year could potentially put off such investors.

Bitcoin gained global attention in 2017 when it hit ATH of $20,000 USD. Today, it has dropped, shedding a significant fraction of its gains to sell at $7,000 USD today. However, there is hope that institutional funds are warming up to join the market. In July, a source told CNBC that BlackRock is working around the clock with a view to joining the blockchain industry. Keep in mind that blockchain is the technology that underlies many cryptocurrencies.

What It Takes to Win the Approval

Barhydt gave away what it takes to win the SEC’s approval. He says that it would take an applicant who “looks, feels and smells” just the exact way the SEC wants them to. Barhydt posited that an application from a known firm is likely to win the application, unlike a startup or an unpopular company.

When It Is Going to Happen

Asked when he thinks it is going to happen, Barhydt ruled out 2018. He says that the demand for the Bitcoin ETF is on the high side, so the agency is unlikely going to give in. In short, Barhydt said that he didn’t see the possibility of that happening this year. To buttress his point, he was ready to bet on it. Interestingly, he was ready to put his money where his mouth; it is certainly going to happen in 2019. Indeed, Barhydt dismissed the possibility of an ETF getting approved this year despite that the agency will rule on the VanEck-SolidX Bitcoin ETF on September 30th, 2018.