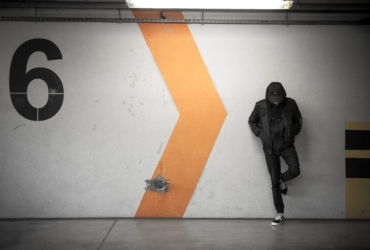 There appears to be an ever growing population of those interested in Bitcoin. After hearing about the increased growth and adoption over the last year, people of all economic sectors are flocking to Bitcoin ATMs. These are physical machines with Blockchain rails designed to allow for the ease of buying Bitcoin with cash. With increased popularity and publicity, Vice News Tonight (Home Box Office Network), recently released a video editorial regarding the recent spread of Bitcoin ATMS.

Among the types of locations, Bitcoin ATMs tend to show up at Gas Stations, Vape Stores, Liquor Stores and other types of convenient, high-traffic retail environments.

Many Bitcoin ATM websites tout that the machines are incredibly simple to use. Some sites say machines even offer a wide variety of altcoins.

Take Brandon Mintz, interviewed by Vice about his company, Bitcoin Depot, an Atlanta based company that distributes Bitcoin ATMs across the United States. He says all you have to do is enter your name, phone number, and scan your ID. That only happens if your purchase is more than $2,000. In the video, the Vice interviewer walks through a Bitcoin transaction. The interviewer eventually put $20 into the machine and got back $13 worth of Bitcoin in an instant print-out. She was a little startled by the ATM company’s $7 fee. That was a whopping 35% of the cash she put into the ATM.

TAKING CASH OFF THE STREETS

Some say that Bitcoin ATMs are taking cash off of the streets. Additionally, they appear to be providing a better means to send and receive value for goods and services.

However, who exactly is using these ATMs and what kind of value is being transferred? With easy access to online exchanges such as Coinbase, why would anyone want to use cash to purchase Bitcoin?

Take a February article from Bitcoin.com, wherein it’s first announced that major Las Vegas strip club dancers are accepting Bitcoin as tips for their show. According the the article, the promotion on one of the clubs’ websites specifically showed the use of cryptocurrency as a privacy enhancing measure to prevent your wife (or significant other) from seeing your illicit transactions. The article also mentions how visitors can use the in-house Bitcoin ATM to buy cryptocurrency right at the club itself.

WHAT DOES THIS MEAN FOR ICOs?

With a large network of cash-based investors, Cryptocurrency enabled ATMs now provide an unprecedented and potentially dangerous liquidity pool. That’s because there is almost zero regulation in the industry right now.

Among these cash-based investors include lower-income brackets of society. Many are anxious for easier ways to send money for a lot less than services like Western Union.

Could these naive consumers be the victim of future ICO fraud? With new Bitcoin ATMs claiming to accept a variety of digital currencies, could these machines be used to facilitate further fraudulent activities?

WHAT THE SEC SAYS

With the rise of Bitcoin ATM availability and the increase in transactions, digital currencies are now becoming a viable option compared to traditional fiat currencies.

On multiple occasions, the SEC has directly warned Bitcoin ATM operators to seek self-regulation and reform, or face the consequences.

However, as it is such a profitable business, why would any Bitcoin ATM operators want to self-regulate?