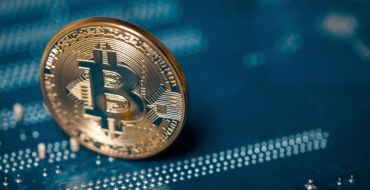 Bitcoin scarcity? It’s real. To date, 17 million coins have been mined with only 4 million still up for grabs. With bitcoin blocks created every 10 minutes, 21 million becomes much more reasonable.

Mining of the 17 millionth coin is a psychological landmark. It’s expected to have a significant impact on the coin’s value. Scarcity of the coin is expected to grow valuation higher despite the fact that it already commands a premium price.

“It’s an event that makes the market more aware of the scarcity of bitcoin. It will eventually turn into higher prices,” said Ansel Lindner, a bitcoin investor and host of the “Bitcoin & Markets” podcast. The investor believes the cryptocurrency price could surpass the $19,000 mark before year’s end.

According to Cosima Capital’s Brandon Williams, the 17 millionth coin mined should be a reminder that the cryptocurrency’s fundamentals are becoming increasingly stronger.

Cryptocurrency mining is a preferred venture for people looking to profit from the fast-emerging, lucrative business. People and corporations are increasingly connecting powerful computers to meet computing power needs towards mining various types of cryptocurrencies. For every mathematical puzzle solved, an individual is typically rewarded depending on the cryptocurrency being mined.

Bitcoin miners used to receive 50 BTC for each block mined during the initial days. The reward was halved to 25 BTC in 2012 after the mining of 210,000 blocks in a process known as halving. In 2016, the compensation was halved again to 12.5 BTC after another 210,000 blocks came into being. The next halving could take place next year or in 2020.

Halving the rewards seeks to prevent miners with extensive mining capacities from controlling too much of the total supply. Reduced rewards goes miles towards reducing the rate at which BTC is mined as the process slows down.