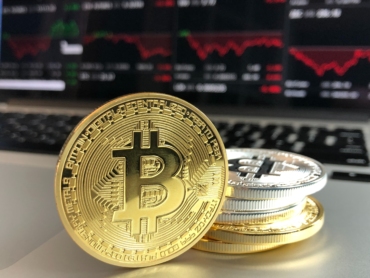 To understand what Bitcoin is, it is critical that you have a good grasp of its relevance. Indeed, this brings us to the history of Bitcoin (BTC).

Truly, the global financial services industry has numerous flaws. The combination of the failings of the fiat currency and the banking sector resulted in the financial challenges today. Let’s put it into perspective.

History Of Bitcoin In The United States

Looking at the history of BTC, it emerged when an unknown name or group, released a white paper. In the paper, Satoshi Nakamoto, the unknown person or group, detailed how to execute the paper. Although the white paper was released in 2008, it was only later implemented in 2009.

In the United States, after the popular Occupy Wall Street movement, the BTC whitepaper surfaced. However, the protest was about customers of banks as they began leveling many allegations against them. From misusing borrowers’ deposits, to rigging the system, to charging high transaction fees, to duping their customers, the list goes on and on.

So, BTC became the perfect solution to the myriad of challenges that the “occupants” complained about. Consequently, the proponents made more efforts toward promoting it.

How Could Bitcoin Solve The Problem?

Cryptocurrency pioneers argued that Bitcoin was capable of eliminating the middleman, putting the seller in charge, and making transactions transparent.

Also, other benefits include it being capable of curbing corruption and slashing transaction fees. With all these promises, the best bet was to create a centralized system to monitor activities without directly influencing it.

Today, all over the world, more and more companies are accepting it. From U.S. jewelry chain REEDS Jewelers to private hospitals in Poland, merchants to cross-border payment providers, they all accept Bitcoin. Indeed, the spread is encouraging.

Bitcoin, with the ticker BTC, is a digital currency that uses cryptography. With cryptography, it can create more units, secure its transactions, and verify the transfer of assets. The technology behind Bitcoin is known as blockchain technology. The blockchain is a ledger or list of records, that is known as blocks. Just like the name suggests, each block is tied to the next using a chain, hence the name blockchain.

Indeed, other features that make the technology stand out are the hash of previous ledgers, transaction records, and time-stamps. Every connecting node (an electronic device helping support the network) has a ledger of all the transactions occurring in the blockchain. As a result, it is difficult to hack or manipulate it. Let’s summarize the technology of Bitcoin below.

Most importantly, Bitcoin transactions cannot be reversed once they have been confirmed. Indeed, this is a feature that makes cryptocurrency unique. All transactions are confirmed after a process of independent verification of each of the nodes connected to the network.

This process is called Proof of Work (PoW) consensus mechanism. Make no mistake about it, once confirmed, no one can alter it.

Also, neither accounts nor transactions are tied to the identity of the person who initiated it. To receive Bitcoin, a sender transfers it to the address of the receiver.

True, the address is a randomly generated 30 characters set. So, while a third party can analyze the transaction flow, it is difficult to determine the person(s) behind them.

Again, this feature makes Bitcoin stand out. Yes, Bitcoin transactions execute at the speed of light in the network, and the confirmation happens in a matter of minutes. Since one network connects all the nodes, it is independent of their physical locations.

In addition, locked in a public cryptographic system makes Bitcoin funds secure. Only the owner of the private key can send the Bitcoin. Notice that there is a private key and a public key. However, cryptography and plenty of numbers make Bitcoin a tough cookie to crack.

What’s more? There is no central authority that approves the transactions. It is a P2P network that connects nodes who wish to perform certain transactions. So, a decentralized Bitcoin network is the single most important feature of a transaction. The reason is, the government has enormous centralized control over fiat currency.

Here is an explanation with a real example:

With mining, Bitcoin (BTC) is secure from the addition of ledgers to the chain and ensures the maintenance of transaction queues. Basically, mining helps to verify and add a new block of transactions.