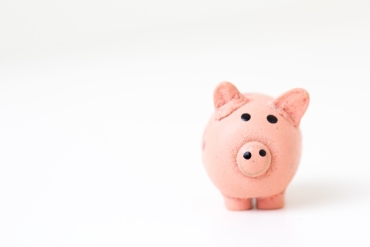 Bitcoin (BTC) price, currently just over $6,500, after hitting the $8,000 mark a week before, may be in for a surge. Media reports say that New York banking giant Goldman Sachs is seriously weighing the option of becoming investors in cryptocurrency. According to Bloomberg, the bank is consulting with stakeholders. They want to reach a decision on whether to hold Bitcoin and altcoin securities on behalf of funds.

When Bloomberg queried Goldman Sachs for confirmation of the media reports, the spokesperson of the bank told Bloomberg that they are exploring how to serve the customers in the cryptocurrency space in response to their interests in other asset classes. The spokesman also disclosed that the scope of the virtual assets they would be offering is inconclusive.

The implication of Goldman Sachs holding such securities on behalf of funds is that such moves will help to reduce risk for the clients. Many consider these risks as the most daunting barriers to entry for prospective Bitcoin and altcoin investors.

The New Chief Executive Is Pro-Cryptocurrency

Since the appointment of the new chief executive of Goldman Sachs, David Solomon, many crypto-asset investors have been looking forward to positive news coming out from the bank. Solomon said in June that the bank was looking to expand the scope of its services. He wanted to include BTC and altcoin in the wide range of services it has on offer.

Apparently, the bank doesn’t want to be left out in serving customers with interests in investing in such asset classes. This move will make Goldman Sachs go head-to-head with JP Morgan Chase, Bank of New York Mellon, Japan’s Nomura, and Northern Trust, whom have admitted at one point or another to exploring the possibility of offering crypto-fund custody services.

The Institutional Investors’ Speculation Is Over

The crypto-sphere has been awash over endless speculations that institutional investors are bringing huge sums of funds to it. So, this news effectively lays the raft of reports to rest. This is a welcome development to all crypto-asset investors out there. The move could lead to the Securities and Exchange Commission (SEC) approval of a Bitcoin EFT.

More Enterprises Are Keying Into Cryptocurrency

In a similar vein, the world’s largest asset manager, BlackRock, disclosed last month that they are looking at venturing into cryptocurrencies with Larry Fink, CEO of BlackRock, confirming the report by saying, “Yes, we are looking at it.”