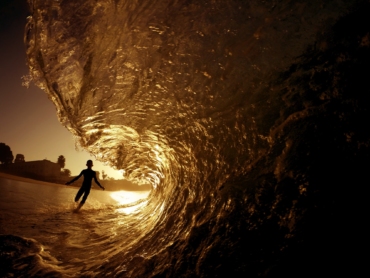 Bitcoin (BTC), the foremost cryptocurrency, is facing some of its greatest setbacks in its recent history during the third quarter of 2018. You don’t have to look so hard to find out who’s feeling the heat the most from this crash. To set the record straight, the bulls are the worst hit, most especially those who went into the cryptocurrency market super bullish. Well, the opinions of crypto market analysts were sought in an exclusive Bloomberg interview. Guess what, they think that BTC is in for a bumpy ride.

There is no better way to describe this interview other than huge criticism and pessimism about the future of BTC. Bloomberg Intelligence analyst Mike McGlone started the interview. In describing the morass that BTC price is currently facing, he says that “BTC is in dump mode.” McGlone believes that what BTC investors are experiencing just the tip of the iceberg. Well, he argued that BTC is at its lowest ebb, following the delayed approval of the Bitcoin exchange traded Fund (BTC ETF).

McGlone believes the BTC price dip is likely to continue until it crashes to $4,000, last year’s mean. He further opined that he is basing his decision on the recent market analysis.

The senior market analyst at social trading site eToro, Mati Greenspan, has some advice for crypto-asset investors. He said that the virtual currency market is unregulated and volatile. Additionally, he advises that any investor willing to give it a try should be ready to lose a huge amount of their investments.

More Insight Into A Potential Crash

The publisher of newsletter CryptoPatterns, Jon Pearlstone, also shared his views on the prospects of BTC, focusing on the technicalities of the volatile digital currency. He said that BTC took off the key support level of $6,200. For it to maintain the needed bullish trend, it must rise above $7,000 at once without any pullbacks. Pearlstone says that if that doesn’t happen, a potential crash awaits the first cryptocurrency. Going forward, he advised that traders watch out for 2018 lows sitting relatively stable at $5,800.

In the interview, Pearlstone and Greenspan focused on the technicalities. Though, other analysts focused on the traders being preoccupied with the SEC’s recent delay to rule on VanEck’s Bitcoin ETF.

The co-founder and CEO of crypto data platform CryptoCompare, Charles Hayter, says that BTC price declines are as a result of the market reacting to the SEC delay. Buttressing Hayter’s point, senior market analyst at eToro, Matthew Newton, says that if the agency opts to reject the ETF again, it may send Bitcoin to its 2018 record low.