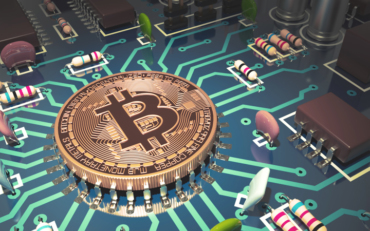 Many cryptocurrencies that can be mined have a cap on the amount that can ever be mined and for Bitcoin (BTC), the minable amount is capped at a total of 21 million coins.

Interestingly, the 17th million bitcoin is reportedly about to be mined meaning the minable amount is getting closer to being depleted. This is amid the highly volatile nature of the cryptocurrency. But that aside, one wonders what will happen after the 21 million bitcoins are depleted.

For starters, the fact that Bitcoin is now approaching its 17th million mined coin is a demonstration of how far the cryptocurrency has come. It is also a cause for debate about the future of the cryptocurrency and also the mining process. This is an interesting topic for those who mine bitcoin especially as they surpass these milestones.

It is not clear when the 17th million coin will actually be mined although it is getting closer by the day. The process of mining Bitcoin has a lot of variables. The creation of one Bitcoin block results in the creation of 12.5 new bitcoins. Bitcoin blocks are created after every 10 minutes and so about 1,800 bitcoins are created every day. This means that Bitcoin will reach the 21 million mark in roughly 6 years.

Bitcoin mining emulates the mining of gold. Crypto mining is the reward system that was created as an incentive for the effort carried out by mining equipment in facilitating the blockchain of a cryptocurrency. Bitcoin holds a lot of value just like gold, although in this case it is mined digitally unlike gold which is mined physically from the ground.

The answer to the future of Bitcoin mining might be hidden in the past. Satoshi Nakamoto, the creator of Bitcoin, initially mined 50 bitcoins back in 2009 when he created the first Bitcoin block. This was a lot of bitcoins for Just one block and the reward remained the same for the next 209,999 blocks before the amount rewarded was slashed by half. This has been the case since then thanks to a schedule that is coded within the blockchain, which means the reward is slashed by half after every 210,000 blocks.

This schedule means it will take longer to get to 21 million bitcoins. It also means the reward will be lower, but there are other factors to be considered. The price of Bitcoin might continue climbing just as it has in the past and this would allow it to continue being profitable, especially since it will continue to become rarer. It is also not clear whether a new reward system will be adopted.