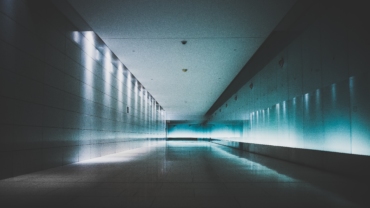 From all indications, crypto-asset investors aren’t ready to take “no” for an answer on the Bitcoin (BTC) ETF. Recall that U.S. investment watchdog, the Securities and Exchange Commission (SEC) earlier turned down an application from Cameron and Tyler Winklevoss, founders of crypto exchange Gemini, brought before it, seeking to bend the rules of agency and approve a Bitcoin ETF.

While three commissioners voted against the approval, the lone vote for came from Commissioner Hester Pierce, but it was not enough. Consequently, the application did not pass. Though, Canada-based fund manager and investment dealer, Canaccord Genuity Group Inc., wants all enthusiasts to remain hopeful.

In a quarterly update release, Canaccord Genuity posits that the much-awaited approval may not be happening until next year. The financial firm extensively analyzes burning issues within the cryptocurrency circus, including security tokens, and crypto prices. With the resolve not to let up on the quest to get the approval, the crypto-community has had its fervor renewed following CBOE Bitcoin futures rule change to improve its image.

In a bid to encourage pro-ETF investors, Canaccord Genuity says it could take the SEC until March 2019 to approve Bitcoin ETF applications. The reason for this postulation is not apparently clear as the watchdog is due to attend to another application awaiting approval this Friday. The report says share-trading firm VanEck SolidX Bitcoin Trust is the applicant with the best qualifications for a Bitcoin ETF.

The SEC will extend its deadline for such approvals. They will start another round of Bitcoin ETF application examinations by March 2019, the firm suggests.

Much as the Bitcoin ETF awaits the SEC’s go-ahead, other asset classes are already trading elsewhere outside the United States, according to Canaccord Genuity reports. The firm specifically mentions Bitcoin-based securities, such as Bitcoin Tracker One. That security listed on regulated exchanges in Sweden as far back as May. The firm also disclosed Canada is working on its own Bitcoin ETF products called Evolve Bitcoin ETF.

The Bitcoin ETF has become a contentious issue in the cryptocurrency world in recent times. Crypto experts firmly believe that its approval is likely to usher BTC and the altcoins into a potential Bull Run. However, the SEC continues to turn down Bitcoin ETF applications, citing investor vulnerability.