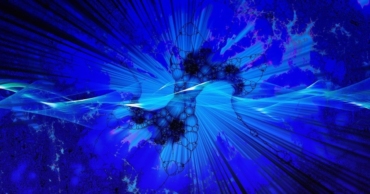 Bitcoin Gold (BCH) appears overbought after a recent spike in price. In a span of two weeks, the fourth largest cryptocurrency, by market value, has seen its price more than double on growing investor confidence in the crypto space.

However, the spike is already eliciting serious concerns given that the cryptocurrency has outperformed its peers and the majority of the sector. Despite a broader market recovery, some investors fear the crypto could pull back before continuing on the uptrend.

The cryptocurrency is currently closing in on the $1,600 level after bouncing from the $600 level as month started. News about an upcoming technical upgrade, also known as a hard fork, is seen as the catalyst behind the recent rally.

The team behind the digital currency is set it change the cryptocurrency’s underlying code thereby increasing the block size from 8MB to 32 MB as part of the proposed hard fork. There are no plan to release a new coin as has been the case with other hard forks. The current blockchain will only be updated to Bitcoin ABC 0.17.0.

Bitcoin Cash rallied to the $1400 mark on investors’ confidence that they would make money out of the proposed fork. Given that no free cash will be coming from the upgrade, the upward momentum could run out of steam according to observers.

Momentum could be curbed given that the cryptocurrency is currently trading at a critical support level. Failure to rise and close above the $1,600 mark could result in an increase in selling pressure, which could push the cryptocurrency lower.

Price action points to the possibility of Bitcoin Cash pulling back to the $1,167 mark before resuming the uptrend. However, a plunge followed by a close below the $978 level could open the door for the cryptocurrency to trade lower despite the recent rally.

Overall bias remains bullish given the improved sentiments about investments in the cryptocurrency space. A good number of cryptocurrencies have shown signs of spiking higher on the change of heart of institutional investors.

Just like Bitcoin Cash, Bitcoin has also spiked higher in recent weeks after finding resistance at the $7,000 level earlier in the year. The most valuable cryptocurrency has spiked to the $9,000 handle and continues to show signs of climbing higher.