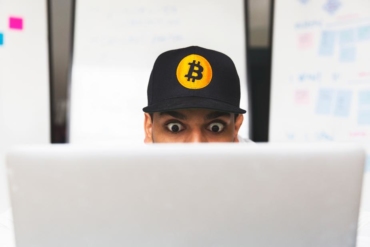 Last week, the price of bitcoin went above the $8,000. The price seems to have maintained the upward trajectory after several months of falling, which started late last year. The price began picking up steam earlier this month.

In the latest push, the price reached a new high above $8,800, which represents a rise of more than 6% in just 24 hours. Several leading exchanges also recorded strong and stable volumes with the daily trading volumes going beyond $26 billion for the first time in the one month.

On March 21, the price of bitcoin reached a high of $9,200 but could not maintain the rising momentum for mid-term growth and instead settled below $6,500. Since the start of March, the price of bitcoin has been showing indications of bouncing back following months of recession that started in late December. The period of recession was characterized by falling prices and trading volumes on leading exchanges.

With the latest indications, the price of bitcoin is likely to retouch the $9,200 level which it had reached at the end of March. Surpassing this level may be a clear indication that the price is headed to the $10,000 mark by the end of April. Late last year, many investors and industry players projected that the price of bitcoin will go beyond the $10,000. Investors described this mark as a psychological threshold and a major breakthrough. Many predicted that after hitting the $10,000 mark, the price will maintain the momentum to $14,000 before eventually reaching $20,000 by the end of 2018.

Since bouncing back, the price of bitcoin seems to be following this prediction. SinceFebruary, following the correction of bitcoin, the digital currency marker has been largely unstable. Bitcoin set the short-term trend for a majority of altcoins. They also recorded a fall in both prices and volumes. Leading exchanges in South Korea and Japan reported a significant decline.

Currently, bitcoin has picked up and is in a better position to maintain the trajectory both in the short and mid-term. This is especially supported by the fact that there has been an increase in the adoption of digital currencies around the world. Additionally, there has been an increase in knowledge of the fundamentals and structure of cryptocurrencies among investors.