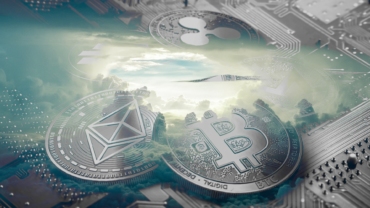 FBI has announced that it has extradited Renwick Haddow to the US to face charges for allegedly defrauding $36 million. Haddow, a 49 year old UK national was extradited from Morocco to the US to face charges at the Southern District Court of New York. He is accused of defrauding victims of over $36 million by misappropriating investment funds and making material misrepresentations in two companies, Bar Works and Bitcoin Store.

Haddow was arrested in July last year after SEC filed charges against him. If charges against him are confirmed, he risks facing up to 40 years in prison. Despite being a UK national based in Morocco, it is the US that has stepped in. Haddow is accused of using sales representatives to solicit potential investors and sell securities in two firms which he had control over. He used the two companies to hide his involvement in the shoddy deals due to his tainted past.

According to the complaint by SEC, promotional materials, which were given ton investor in the two companies, had fake information about the executives. They showed senior executives who didn’t exist. Haddow is alleged to have diverted over 80% of the money that was raised for Bitcoin Store. He then sent over $4 million from the accounts of Bar Works to Mauritius and an additional $1 million to Morocco.

According to the materials given to Bitcoin Store investors, this was a secure and easy-to-use method of holding as well as trading Bitcoin. They were told that the company had already generated a lot of money in gross sales. However, according to SEC, the company has never had any real business or operations and has never generated the alleged gross sales. For instance, the company’s accounts received $250,000 in cash deposits and none of it seemed to come from customers. Haddow used the name “Jonathan Black” so as to hide his involvement in the deals. He also falsely to have a lot of experience in finance.

Andrew M. Calamari, the SEC Director in charge of the New York Regional Office  said that Haddow established to companies which he used to trick investors into believing that they were being led by highly-qualified people into quick profitability. In reality however, the companies were controlled by Haddow behind the scene and they were very far from making any profit.