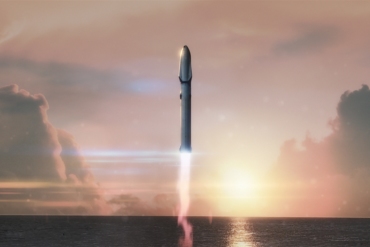 It seems that tech nerds from the younger generation are increasingly having interest in cryptocurrencies. Bram Cohen, the founder of the file transfer network, BitTorrent, is reportedly going to launch his own token. One may wonder why now?

Obviously, the market doesn’t look too attractive. Yes, why now, Bram? Cohen will join other young virtual currency founders to give an injection to the faltering industry. He will name his crypto project – Chia.

From BitTorrent to Chia

Months after Cohen released BitTorrent to TRON (TRX), he wants to give blockchain a try. Justin Sun, the founder of TRX, reportedly coughed up a whopping $140M USD to acquire the platform. This move became critical following his mission to make his blockchain the biggest in the world.

With a BitTorrent/TRON collaboration, seeders can now earn TRX. After revealing the idea of BitTorrent in 2001, it finally launched in 2004. Although BitTorrent made millions of dollars initially, Cohen never considered it sufficiently profitable. As a matter of fact, he blamed the management of the company for its failures. At some point, he started to distance himself from the company. Yes, his very own company!

Cohen has already kicked off Chia. His business model is to improve cryptocurrency infrastructure. Obviously, the technology is in its early stage. Therefore, Chia could be the knight in shining armor for other digital currencies. Yes, that’s the impression Cohen is creating.

Again, Chia is bringing something unique to the table. An entirely new consensus algorithm! Not PoW (Proof of Work) and not PoS (Proof of Stake). Don’t guess, you haven’t heard it before. The official website says it is Proof of Time and Space. The techie isn’t done yet. Instead of the usual mining everyone is used to, Cohen has a new idea. On the Chia network, nodes will “farm” coins. Yes, you read that correctly!

Farming coins may sound rather odd, but Cohen probably couldn’t care less. Why would he when he is about to unleash an amazing tech wizardry into the crypto sphere. Back to farming! Yes, farmers have rewards. They sure do. Farmers are expected to provide empty storage spaces.

So, no need to mine the coins. With that arranged, providing energy-efficient blockchain is a guarantee. After all, Chia, they say, is named after a superfood grain. This project will be more or less moving BitTorrent to the blockchain. With the plan to launch this year, all eyes will be on Chia!