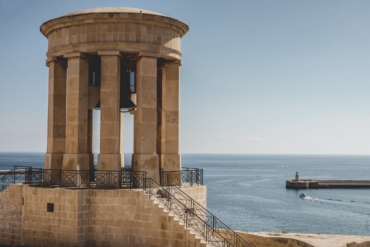 Recently, it seems like small island nations have been attracting the most blockchain-related investments from far and wide. Malta is a prime example of that thanks to its top blockchain firm – Palladium.

Malta is fast becoming the blockchain hub of Europe. Indeed, this country has put itself in a position to attract as much blockchain investment as possible.

This technology aims to provide customers and crypto trading platforms with reliable security. Bittrex has become a global powerhouse in the subject of blockchain technology.

According to a report from Malta Independent on September 3rd, 2018, the company operates the premier, fully regulated “tokenized convertible warrant.”

As a matter of fact, the firm’s primary aim is to give investors peace of mind and a secure stake in the future of cryptocurrencies.

Bittrex very recently announced that they purchased a 10% stake in Palladium.

While reacting to the transaction, the company’s founder and chairman, Paolo Catalfamo said:

“We are excited to have such a global player on board. Bittrex’s investment in Palladium is a confirmation of Malta’s sound decision to be at the forefront of regulating blockchain technology.”

The most interesting thing about this Malta company is the fact that its tokenized convertible warrant is approved by the Malta Financial Services Authority. Also, Palladium claims to conform to the strict European Union rules.

The Difference Between ICO and ICCO

The majority of us are aware of what an ICO entails. On the other hand, very few people know or understand what an ICCO is.

ICCO investors will be able to convert tokens into company shares in the future. Consequently, the timeline for token conversion differs on an individual basis.

In the case of Palladium, investors will be entitled to token conversion into company shares three years after token issuance.

The Future of Palladium

ICCOs are relatively new when compared to their ICO counterparts, but that doesn’t make them any less exciting.

Bittrex’s investment in Malta’s blockchain pioneer is a big deal for ICCOs in general. Furthermore, it goes to prove that ICCOs are legitimate enough to gain interest from major blockchain players.

In conclusion, the future looks bright for Palladium; the coming months promise to be especially interesting for this company.