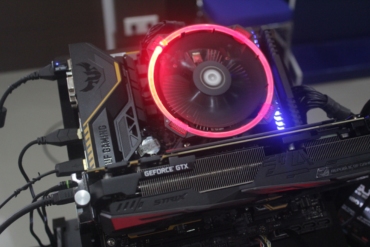 Blockchain Mining Ltd, which is listed on the Tel Aviv Stock Exchange has announced completing merging with Backbone Hosting Solutions Inc from Canada, which operate under the brand Bitfarms. Following the announcement, the company’s share rose by 49%.

At the start of this year, the company announced that it had entered into a Definitive Share Exchange agreement that will see it acquire 60.7% of all Bitfarms’ issued and outstanding shares in the first phase of the agreement. The agreement was completed in April after both parties fulfilled the necessary closing conditions.

During the shareholders’ meeting, shareholders also Rodrigo Sebastian Menendez, Pierre-Luc Quimper, Emiliano Joel Grodzki and Nicolas Bonta as new directors to the board.

Bitfarms has four mining facilities situated in Quebec and is engaged in mining dash, litecoin, ethereum, bitcoin cash and bitcoin. The facilities have an installed capacity of 27.5 MW as well as more than 200 Ph/s of installed hash-power.

The company has a construction pipeline which includes three more farms that have over 100 MW of power. The company has been funding its activities since its establishment in 2013. It has more than 200 shareholders.

While commenting on the transaction, Bitfarms said that Canada’s Quebec province has an adequate supply of hydroelectric power; it has cold weather, innovative universities and competitive electricity tariffs. The province is quickly growing into a global center for blockchain technology. Emiliano Grozky, Blockchain Mining Ltd corporate vice president of strategy said the merger is a clear confirmation that the company is a global leader in the field of blockchain technology. He added that they are well prepared to venture into the Canadian market.

At the end of 2017, Blockchain Mining Ltd announced that it was merging with Bitfarms. Before this announcement, Blockchain Mining Ltd was called Natural Resource Holdings and was mainly involved in land and mineral assets of lead deposits, Zinc, Silver and gold. Following the announcement, the company’s stock rose 1,300%. The stock has since dropped down by a big margin.

At the start of 2018, Bitfarms announced that it had signed an agreement with two investment banks in Canada, Powerone Capital Markets Limited and GMP Securities L.P. to offer about $39 million in debentures.  Bitfarms intends to use the debt to finance its cryptocurrency mining activities after the merger.