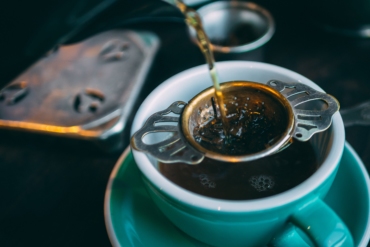 Many scams presented as blockchain projects appear to be multi-level marketing schemes in reality. Adding to the list of these MLM operations, is a $46.8 million unnamed pyramid scheme. These perpetrators are now under arrest in Jinan, Shangdong, a province of China, according to the China Money Network.

The 10+ people involved in the scam established a blockchain-based P2P platform in 2017. The business model included a 5-tier system and went to regional and county agent levels. The promoters set fees in accords to the membership level and told investors that in return for their investment, they will receive shares and dividends of the company. Police say many of the pyramid scheme victims were college students.

The promoters marketed their project by borrowing buzzwords used by the central government including, “Poverty Alleviation,” and “Western Development.” The company also used terms like “blockchain” and “big data” in their messages.

This incident follows another fraud case involving cryptocurrencies in Shenzhen in May 2018. The Shenzen police arrested six suspects who illegally raised $ 48.2M from investors for their premium tea-based token.

The Shenzhen Puyin Blockchain Group took advantage of the high prices of Pu’er, a premium brand of tea. Pu’er is a type of fermented tea exclusive to the Yunnan province. It can sell for as much as $3,140 per piece. In exchange for their money, investors received a type of tea token. The Puyin token was backed by 1 billion pieces of the premium tea according to the Police.

Shenzhen Puyin’s claim was that the value of the token will increase with the value of Pu’er. The company invested heavily into product marketing. They used investment forums, social media and also held roadshows to market their tea-backed token.

Shenzhen Puyin increased the price of their token buy buying it themselves using the money they raised. It’s important to note here that ICOs are illegal in China as of September 2017, but they continue to take place underground in the country. Most of those projects are private sales instead of public campaigns.

As a result of the price manipulation by Shenzhen Puyin, their token’s price increased from 0.5 RMB to 10 RMB in just a few months. After collecting enough money, the founders disappeared.

In December 2017, some investors complained about not being able to sell the token. Concerning the payment issue, Shenzhen Puyin pointed towards Ping Shan Tea Group Ltd, a Hong Kong-listed company that renamed itself Blockchain Group Co., Ltd. last year. According to its security filing on May 10th, China Money Network reported the company liquidated after failing to pay its debt.