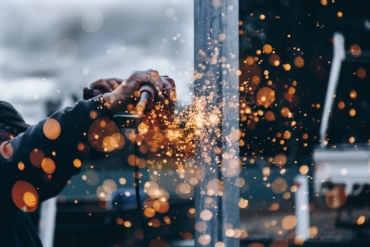 As Neel Ratan, Regional Managing Partner and Government Leader at PwC, said in a report on how blockchain is the next innovation to make our cities smarter, “Trust is a fundamental part of the value chain in our world.” Furthermore, he said, “Blockchain technology has now made it possible to redefine the enterprise of ‘trust’ by making information inherently trustworthy. The blockchain also promises to deliver IT solutions which are more robust, resilient, tamper-proof, efficient and transparent — but can it make our cities smarter?”

Take all of the apps and software pieces that you currently are using and are regulating your living environment. From temperature, to energy use, they all need to be powered by a system that measures and enforces the value transfers and rules that will not require a central government to be the end all in decision making. The only way to make a smart city work, in short, is by creating the rules and exchange of value. This needs to be done in an automated, self-regulated fashion – free from government or private interference.

By using a distributed ledger, we can thus ensure that Smart Cities will work in citizens’ best interests.

The city’s main goal is that every single retail shop, business, venture, etc. will accept various forms of cryptocurrency and will use blockchain technology. When asked about their attendance of a recent conference, BTC City representatives said, “The purpose of Miro’s (prime minister) visit was to open the Beyond 4.0 international conference, dedicated to digital society and blockchain, and to get acquainted with the center’s newfound approach to bitcoin…”

Slovenia hopes that their BTC City creation will further validate and progress cryptocurrency and blockchain technology on a global scale. They also hope it will boost new businesses and ventures within its walls — the ultimate intention of driving mainstream attention for blockchain developments.

The ultimate race for a true smart city includes innovations in the economy and employment, culture, health, education. It will also include how we use natural resources, how we vote, and interact with the government. As citizens, all of this will ensure the future of the world.

Furthermore, we tend to think that blockchain and cryptocurrencies make a pretty good case for most of these initiatives.

But, who knows what the future holds?