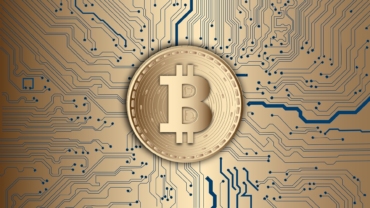 Bitcoin (BTC) rallied by more than 30% in April, capping the best month for the world’s largest cryptocurrency in 2018. The rally followed a period of short selling that saw the cryptocurrency implode to the $6,000 level.

Bitcoin started the year at $13,860. However, growing concerns about a potential bubble burst saw the cryptocurrency end January at $10,166. February brought about a steep decline that saw the coin drop below the $7,000 mark.

April appears to have marked the end of selling pressure, which had pushed major cryptocurrencies to all-time lows after a blockbuster rally in 2017. Bitcoin started the month at $6,926 but struggled a great deal to rise above the $7,000 mark.

However, renewed investor sentiment saw BTC break the critical psychological level to end the month at $9,244.

Bitcoin trading volume also increased by 93% month-over month in April. This was an indication that traders are increasingly buying the digital currency. The number of chain transactions in cryptocurrency exchanges was also up by 95% in April as trading fees increased 90%.

Professional investors also appear to be trading the crypto asset, as Bitcoin derivatives in CBOE and CME registered an increase in futures contract trading volume in April. Towards the end of the month, CBOE saw trading volumes spike to more than 18,000 contracts in a single day.

Bitcoin has started the new month on a back foot having retreated below the $9,000 mark. There is no apparent reason for the pullback. The cryptocurrency has been struggling in recent days to take out the $10,000 mark.

The cryptocurrency is down by nearly 36% for the year and needs to hold on to the $9,000 mark if is to have any chance of crawling back to the $10,000 handle. Sentiments are high that the recent pullback is a minor correction as most cryptocurrencies look set to continue climbing.

A report by the Hong Kong Financial Services and Treasury indicate that cryptocurrencies had little impact on organized crime. The remarks are of great importance as they could help pull regulators away from blind accusations that have had a negative impact on cryptocurrency adoption.

“While we have not found substantial risks in these newly developing payment methods or commodities, this is a rapidly developing area requiring continued monitoring. There does not seem to be any visible impact affecting the overall risk in Hong Kong so far. The risk of VCs is assessed as medium-low,” FSTB said in the report.