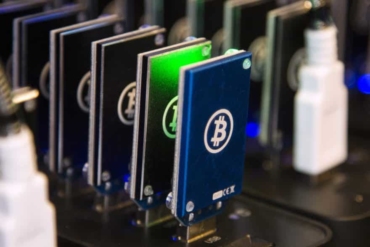 China’s second-largest Bitcoin mining hardware manufacturer, Canaan Creative, is set to carry out an Initial Public Offering. This will occur in Hong Kong, not the U.S as initially claimed. The company is seeking to raise up to $1 billion from the offering according to people with knowledge of the matter.

Canaan Creative casts itself as a leading provider of blockchain servers and ASIC microprocessor solutions. Both find use in cryptocurrency mining operations. The company initially planned to carry out the IPO in China’s A-share market, but changed their mind. Regulators detesting their proposed $1 billion valuation influenced their decision heavily. Last year, the company also sought to carry out the IPO in the New Third Board Market, but found no success.

If successful in Hong Kong, Canaan Creative will become the first ever blockchain focused company to be listed on the city’s markets. Based in the eastern Chinese city of Hangzhou, the company has been another success story from the booming blockchain and cryptocurrency sector.

The company is fresh from reporting a 600 fold increase in annual net income of 410 million Yuan. A good number of the company’s clients come from China, a country that tops the chart when it comes to cryptocurrency mining operations.

Cheap electricity has seen many people venture into the cryptocurrency mining business in the country. However, there have also been cases of people launching illegal mining operations by short-circuiting electricity meter boxes. They do so with hopes to avoid incurring hefty electricity bills.

Canaan Creative continues to enjoy booming business in China given the widespread adoption of blockchain technology. The country has already recorded the most number of patent filings in the world. It accounted for 50 to 70% of the world’s bitcoin mining power last year.

While China has banned the use or trading of cryptocurrencies, it has allowed people and businesses to engage in mining processes. However, recent crackdowns have become the order of the day as authorities seek to restrict power use by BTC miners.

These increased crackdowns raises serious doubts about Canaan Creative and BTC mining long term prospects. The last thing that the two need now is fear that would make people shun the mining process. That move could result in a fall of demand for mining equipment.

Concerned by government suppression, Bitmain, another cryptocurrency hardware manufacturer, has hinted at the possibility of expanding its operations. They are currently scouting Canada, Switzerland, and Singapore.