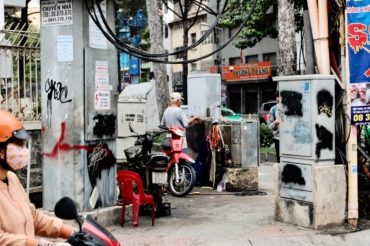 Vietnam-based mining company, Sky Mining, is hitting the news for the wrong reason. Local media reports say Sky Mining’s CEO allegedly absconded with over $35 million belonging to the company and investors. He claims that he needed to leave the country on medical grounds.

The Boss Remains Incommunicado, No Long In Vietnam

The news broke on July 29th that CEO Le Minh Tam was missing. The boss, remaining incommunicado till the time of writing, emptied the purse of company before making his way out of Vietnam. It is unclear where Tam currently is as efforts made by investors and board members to reach him are remaining futile.

The headquarters of Sky Mining in the Phu Nhuan District of Ho Chi Minh was allegedly cleaned out under his instructions. Investors, worried on learning about the development, rushed to the office to find out the status of things. They were greeted by an office under lock and key. Furthermore, the maintenance workers were instructed to remove the company’s 600 mining machines they use for the operations. Not to mention that the company’s branding no longer appears on the office complex.

In an interview with VNEpress, the deputy chairman of Sky Mining, Le Minh Hieu, said that he formed a temporary board in a bid to support their irate investors and attempt to recover the stolen assets from the chief executive. Hieu disclosed that he suspects that his boss is hiding in the United States. He adds that the board reported the matter to the police to exonerate them.  Investors nevertheless are showing their frustration. It is leading to verbal attacks on the deputy chairman and board members.

Sky Mining claims to be the biggest mining company in Vietnam. They say they offer cloud-based mining services between $100 and $5000 per month. Additionally, they promise to return up to 300% on initial investment. Consequently, investors fell over themselves to invest in the lucrative deal. The promotional campaign of the company was attractive and engaging. It covered the cities of Hanoi and Ho Chi Minh with claims that the company acquired over 7,000 mining rigs.

Is The CEO Really Ill?

On July 25th, Tam allegedly released a notice on Sky Mining’s official Facebook group stating that the unpredictability of the market and also the abrupt dip of mining rig value wass leading the company to incur some losses. Tam, however, promised to reimburse investors all their lost capital. Given the way events are playing out, it is unlikely that the mining operations will continue.