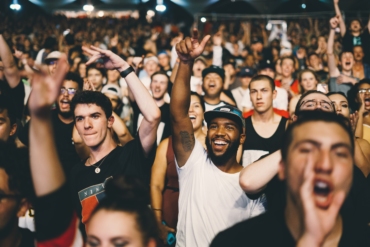 The bearish movements of the cryptocurrency market has left many enthusiasts feeling sad and angry. For many others, who have accepted their fates, they’re wondering which of them will rise to the top later on. Well, Charlie Lee and Roger Ver were invited to share their opinions on CNBC’s Fast Money.

Bitcoin Cash (BCH) proponent Roger Ver says that investors should be focusing on Bitcoin Cash. Speaking for BCH, Ver argued that it is used practically in everyday life more than Bitcoin (BTC). He also says that the cryptocurrency has more viable commercial applicability. Criticizing Bitcoin, he says that it has become slow and unreliable. Shedding more light, he also said that Bitcoin transaction fees were so high, it made many investors look for an alternative.

In March 2018, TrustNode reported that over one hundred thousand BitPay merchants started accepting BCH. Well, BCH is not the only cryptocurrency that BitPay merchants accept as they also accept BTC. From the overview of the entire crypto market, BCH represents 4.22%. In the face of market downturn, BTC dominates 52.7% of the entire market share.

The questions for the founder of Litecoin (LTC) bordered on past Litecoin investments as well as the upcoming LTC Summit. Lee sold all his Litecoin holdings in late 2017. Yes, he currently has 0 LTC in his wallet.

Asked if he sees the current state of Litecoin as the right time to reenter the market, Lee smiled. However, in his response, he said he sold all his Litecoin holdings because of a conflict of interest. He later said that he has no plans to buy his Litecoin back anytime soon, or potentially at all.

Earlier in the month, the cryptocurrency announced its first conference that will host a wide array of experts. Indeed, the experts will come from the blockchain and cryptocurrency industries. Organizers say that the aim of the project was to engender mass adoption. Essentially, at the summit, merchants will be encouraged to adopt LTC with the campaign slogan #PayWithLitecoin.

More on the Summit

The first Litecoin summit will take place on September 14th and 15th. The venue will be the San Francisco Conference Center.