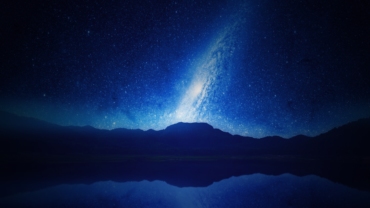 China Aerospace Science and Technology Corporation (CASC) is a large corporation owned by the state. It has its own famous brands in the military industries. CASC was formally founded on July 1st, 1999, with its headquarters in Beijing. The corporation manufactures and launches space systems. It is now constructing a new aerospace industrial system to accelerate the development of its businesses. This could make CASC a tech giant.

A Blockchain Solution For CASC

The Chinese company is currently working on adopting blockchain technology. That move came because of the difficulty the company faces managing the billions of invoices it has. This step will pave the way for an electronic invoice system that will help the whole industry.

This announcement was published yesterday in the official state newspaper, People’s Daily. The post outlines how exactly this new technology will help the company manage the invoice system. Furthermore, this move will help in the supervision of invoices for tax purposes nationwide. Also, it will help with security issues.

Official statistics indicate that 1.31 billion Chinese electronic invoices were in circulation in 2017. The forecasting predicts that by the year 2022, the number of invoices will be 54.55 billion. That number is according to a projected average annual growth of 100%. When that number is reached, it would be impossible to manage all these invoices via old technologies. Thus, the need for new technology to manage these invoices appeared.

Hurdles Of The Current System

China Aerospace’s current electronics invoice system is an end-to-end system. Thus, the system covers issuance, delivery, filing, inspection, and reimbursement for the country’s taxpayers and authorities. It issues around 2.5 billion invoices on a daily basis. Electronic invoicing has reportedly entered a stage of comprehensive promotion and adoption due to the huge amounts of invoices per day. The existing system faces a lot of hurdles like over-reporting, false-reporting, and traceability issues. Experts claim that by 2022, it would be impossible to trace criminal invoices. Consequently, this could make it impossible to collect taxes fairly. Therefore, a new system is a must.

The new blockchain-based system allows for authenticated and “credible” invoice issuance, thus making it a traceable circulation. This makes the system efficient and cost-effective.

A company’s representative told People’s Daily that “the new system will resolve the industry’s “pain points” and make efficient and secure tax data sharing a reality.”

China’s city of Shenzhen is implementing a pilot blockchain ecosystem for invoices. Tencent is the developer of this system. The company is also responsible for developing the 1 billion-user social media platform, WeChat. Certainly, this could make Shenzhen’s invoice system more stable.