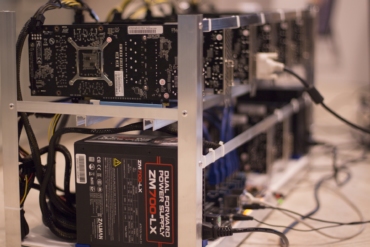 Chinese authorities have ramped up pursuit of illegal cryptocurrency mining operations in the country. In the Northeastern province of Tianjin, police have confiscated 600 Bitcoin mining computers over claims they were being used as part of a larger syndicate involving illegal electricity connections.

The seizure follows findings that the local power grid recorded abnormal electricity consumption in the area. This info helped point to a large unaccounted power consumer. The power company reportedly registered a 28% spike in peak power consumption that it said put a lot of pressure on the local infrastructure.

The City’s police have already arrested one individual and are investigating five others after discovering a tampered junction box where the bitcoin miners had short-circuited mains to avoid paying hefty electricity bills.

Cryptocurrency mining is an energy intensive process where miners are usually rewarded by solving complicated mathematical puzzles. China was once home to most cryptocurrency miners in the world as people and companies sought to take advantage of the country’s cheap electricity.

Recently, the country has lost its edge following a series of government crackdowns. Calls for authorities to regulate bitcoin miners has only gone on to scare potential miners. Earlier this year, the country’s defector central bank, People’s Bank of China, said it could pressure local governments to regulate miner power usage.

Increased regulation and scrutiny has forced some miners to look elsewhere as they seek to continue with their mining operations. An exodus of bitcoin miners in China now appears to be gaining momentum by the day.

Mining giant Bitmain, which also produces mining equipment, has already established a new subsidiary in Switzerland. The move, according to observers, could open the door for the company to relocate most of its mining operations to the European nation.

Bitmain is also reportedly planning to enter the U.S market as part of its expansion drive. Initial reports indicate the company could set foot in the port of Walla Walla in Washington DC. However, the company has made no announcement confirming or refuting the claims.

Expansion into Europe and the U.S does not come as a surprise given that Bitmain reportedly made between $3 billion and $4 billion in operating profits last year. Going global could shield the company from having to rely on one market at a time of uncertainty.