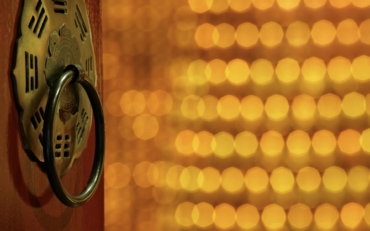 Bitcoin investors worldwide continue to show jubilation in the wake of a continued rise of the virtual currency. In turn, Chinese crypto millionaires are increasingly cashing in on the digital asset market big time. Yes, the Chinese cryptocurrency millionaires are using bitcoins to acquire real estate property overseas, chiefly the US and UK.

Guo Hongcai, a salesman turned Bitcoin millionaire, is one of those investing massively in real estate property abroad. He is from the Shaxi province and recently joined the league of cryptocurrency millionaires in China. For selling about 500 bitcoins in the United States in April, Hongcai used the proceeds to acquire a 100,000-square-foot “Mansion of Chives.” The Mansion of Chives is the nickname he calls the secondary residence he just acquired in Los Gatos, San Francisco.

With Hongcai’s Rolls-Royce parked in the driveway of his new Los Gatos mansion, the one-time beef seller has become more than just a home owner. While sharing his experience with Coindesk, the obviously elated Hongcai said it was normal to use the proceeds of bitcoins to acquire a lush apartment in the United States.

A source who pleaded to remain anonymous made some interesting revelations. The source, who is a crypto-based real estate startup founder in the US, disclosed that about one-third of their clients come from Asia. It went further to reveal that these clients come predominantly from China through Hong Kong broker-dealers, hoping to acquire property using cryptocurrencies. Chinese local media had earlier reported that Hong Kong real estate property doesn’t require plenty of documentation and taxes as obtained overseas.

Explaining how real estate cryptocurrency-based transactions are done, the CEO of a crypto-based real estate dealer Propy, Natakia Karayaneva, said that most of their clients request for houses ranging from $50,000 to twice the amount. She later said that the latest trend is the demand for properties in Silicon Valley. She pegs those properties to be between $3 and $4 million. Karayaneva said that there is a high demand of such properties in the US and the UK. Key places within the countries are in California and London, respectively. Asked the reason behind the surge, she says investors want to diversify investments. They want to target the more stable economies of the US and the UK. She also added that monthly views are hitting 500,000 on Propy’s website. Additionally, most of their web traffic is coming from China.