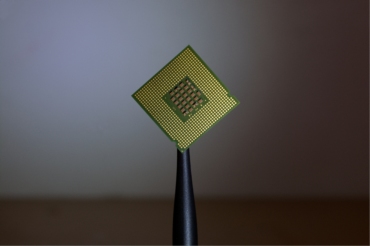 Following the approval, the Ant Creek subsidiary of the company will lease 10 acres with an option to buy after one year. However, an initial option that would have seen the company purchase an additional 30 acres was scraped off the agreement.

In March, it was reported that Ant Creek was having talks with the officials to buy the piece of land located in the port of Walla Walla. In the lease agreement, Jihan Wu, the co-founder of Bitmain was listed as the company’s governing person. Jeff Stearns was listed as the company’s director of operations. In the initial deal, the company was to lease a total of 40 acres and around 15 to 20 fulltime jobs would have been created. A few amendments have been made to the original agreement and the company will get 10 acres of land in the new agreement plus an opportunity to showcase its technological potential in the county.

According to Union Bulletin, a local newspaper, Ant Creek will have to agree to all the terms of the agreement. The company will have to $4,700 in monthly rent. The lease will run up to the end of this year. The company will then have an opportunity to buy the piece of land. In the event that the company decides to buy the lad, it will pay $150,000. An additional $2.5 million would be spent on building a roadway to make the land easily accessible.  The post will foot the cost of access improvement design as well as fire protection and drinkable of $140,000 and $300,000 respectively.

Bitmain is to publicly acknowledge Ant Creek as its subsidiary but registration information, which is available publicly, lists Jihan Wu as the only governing person of Ant Creek. As reported by the Union Bulletin, Jeff Stearns has described Ant Creek as both an artificial intelligence company and a blockchain company and is headed by two different CEOs. Additionally, he added that Bitmain is the biggest manufacturer of crypto mining equipment in the world.

Even as the project nears kicking off, residents of Walla Walla are raising concerns over the amount of energy that the company will draw from the community. The community has some one the cheapest electricity throughout North America.