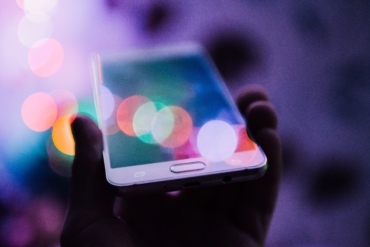 Increased regulations on cryptocurrency mining activities appear to be doing little to stop people from doing the unthinkable in the effort of generating significant returns from the lucrative business. China is yet again the center of attention after an electric utility company uncovered an illegal cryptocurrency mining operation involving smartphones.

In the Province of Guangdong, workers of the China Southern Power became suspicious on discovering illegal power connections heading into a household. On further inspection, the workers were led to a household in a residential apartment and found 56 mobile phones and 15 homemade mining rigs.

The home mining workshop is believed to have consumed 33,00kWh of unbilled electricity given that bitcoin mining is a power-intensive activity. Mining of a single bitcoin can consume an average of 18,000-kilowatt Hours of power.

Last year alone, the proof of work for Bitcoin (BTC) mining activities burned more than 40TWh of electricity. Ethereum (ETH) mining operations, on the other hand, consumed more than 10TWh. Even though China has banned initial coin offerings as well as crypto trading, crypto mining is very much legal.

Some of the world’s largest cryptocurrency mining companies are located in the country. According to estimates, China accounts for nearly 80% of the world’s bitcoin mining capacity. However, there has been an increase in illegal mining operations. People have resorted to unlawful connections to avoid paying high electricity bills.

Illegal connections have led to energy shortages in some provinces prompting authorities to swing into action and carry out crackdowns in a bid to clamp down on the vice. Inner Mongolia Xinjiang-Uygur, Sichuan and Yunnan provinces are some of the regions that have experienced an increase in the number of power shortages attributed to increased mining operations which are legal or illegal.

Increased crackdowns have however not stopped people from engaging in the cryptocurrency mining business that can be lucrative on successfully solving a complex mathematical puzzle. However, there are concerns that the Chinese government could be forced to ban mining operations should authorities fail to clamp down on illegal electricity connections.

China is not the only country grappling with increased bitcoin mining activities. Russia and Eastern European countries with cold temperatures have emerged as the next hub for mining operations. Cheap electricity rates in these countries have also made them suitable for such activities.