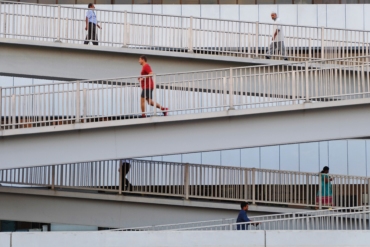 In December 2017, the world’s biggest cryptocurrency exchange, Coinbase, launched an investigation to ascertain if its employees traded Bitcoin Cash (BCH) with a view to increasing its price. Now, the exchange is closing all investigations, disclosing that no staffer had involvement. The company noticed a sudden surge in the virtual currency’s price, which is a fork of Bitcoin, hours before the announcement that it will start listing it.

Why Was The Investigation Important?

The in-house probe was important as it would make the employees of the exchange realize that its reputation is paramount. Besides, if there was an in-house manipulation of Bitcoin Cash, the act could potentially put all BCH investors all over the world at risk. It is a deliberate inquiry to purge the exchange of bad eggs, no doubt. If an employee of the firm had involvement in in-house BCH trading, it would have led to a scandal. This is something crypto exchanges try so hard to avoid.

By adding BCH to its catalog of tokens, millions of BCH customers now have access to the digital currency, whose network’s block size was recently upgraded to 32 MB. The urge is understandable since the majority of BCH customers were struggling previously to access the virtual currency. Coinbase also announced the listing of Litecoin.

Responding To An Inquiry

While responding to a query put forward by Fortune, the exchange stated that the month-long investigation ended last week. It also said it was conducted by two prominent US law firms. The company spokesperson wrote Coinbase would not show any hesitation to prosecute offenders if they found any staffers performing wrongdoings. The PR personnel added that since the surge couldn’t be linked to any staffer, there wouldn’t be any disciplinary action taken against them.

What Caused The Investigation?

Hours before the announcement, there was a significant rise in the price of Bitcoin Cash. This lead to widespread speculations that the exchange insiders knew that the price would jump and thought to cash in. This surge caused an unprecedented rise in the cryptocurrencies’ volume of trading on the exchange. This compelled the exchange to temporarily suspend BCH trading on its platform.

This suspension led to an outcry on social media, making CEO Brian Armstrong  release an online post. It detailed the company’s staff trading policy. In the post, Armstrong went ahead to warn that if any staffer was found wanting, his appointment would be terminated with the suspect prosecuted. Coinbase customers have nonetheless filed a class action lawsuit against the firm. They are accusing the exchange of not doing enough to guide consumer protection laws. Though, with these findings from independent law firms, it is a plus for the exchange even though the plaintiffs have yet to withdraw the lawsuit.