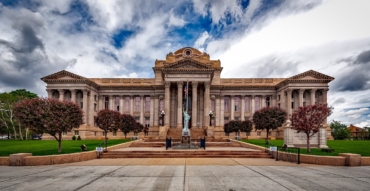 In today’s cryptocurrency space, crimes are speedily taking over. In truth, as cryptocurrency continues to make inroads into the business world, more scammers will try to burst the “bubble.” Indeed, no week goes by without news breaking of someone who has been defrauded of their hard-earned savings. Sadly, while many exit-scam victims remain in shock for years, for others suicidal thoughts may even come to fruition. Fortunately, seeing the drama playing out in the industry, local authorities in Colorado are not taking any chances. In fact, they are leaving no stone unturned in their quest to flush out fraud in the state.

To this end, Colorado’s Department of Regulatory Agencies (DORA) has disclosed that they are currently investigating three companies. All of them are crypto-based companies that are offering unregistered Initial Coin Offerings (ICOs).

This is a part of the ongoing probe that will try to ascertain if the companies are being used to defraud investors. A unit of the agency, Division of Securities, saddles the responsibility of uncovering the illegal activities, or otherwise, the companies. The division is an ICO Task Force inaugurated in May 2018.

In a press release, Colorado’s DORA said that the task force is turning their search on the three companies. The companies in question are Bionic Coin, Global Pay Net, and Sybrelabs Ltd. Also, the agency stated that the Commissioner personally signed the “order to show cause.”

To break it down, when a company is issued an order to show cause, it means that the company is expected to defend what they do. Yes, a company will appear before a court to explain their business operations. The Colorado’s court issued the order on Friday, August 24th, 2018. Though to date, reports say, the companies have yet to respond to the court’s order.

One of the Colorado companies, Bionic Coin (BNC), promised its investors a massive growth of investment even without any effort from them. Bionic Coin also mentioned that Forbes magazine was one of its promoters. However, there is no mention or reference of the company on Forbes’ site or any other promoters’ sites. The company also advertised an incentivized program that would make investors promote BNC. Usually, investors get free tokens for such promotions.

Just like Bionic Coin, Sybrelabs and Global Pay Net (GLPN) also have shoddy business models. Sybrelabs Ltd. encouraged investors to form an investment pool. With a minimum participation profit of $25 USD, getting people to participate wouldn’t be such a difficult task. Similarly, GLPN offered investors 80% stake in the investment.