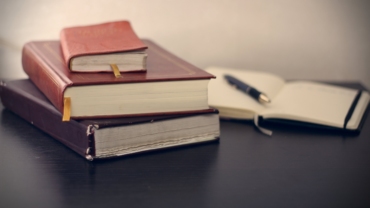 Despite obvious inconsistency with Russian law on cryptocurrency, a court in Russia has fined a local newspaper $760 USD. The newspaper ran afoul the law for promoting the business of a cryptocurrency mining company.

It was a simple ad imploring people with interest inn investing in Zcash (ZEC), Bitcoin (BTC), and Ethereum (ETH) to call a phone number. The crypto advertisement also made a mention on mining. That was all the local authorities needed to discipline the newspaper. It drew a fine despite there was no mention of money anywhere in the advertisement.

ACA (Eleventh Arbitration Court of Appeal) ruled that the local paper, Edinstvo Nizhnekamsk, in the Republic of Tatarstan, was guilty of violating the current legal statutes on virtual currency. This earned the local newspaper a 50,000 ruble fine. The owner of the ad and phone number, Richard Timurovich Blumchen, admitted that he was responsible for the advertisement. However, the newspaper had to pay the fine due to a legal loophole in the law.

Why Fine The Newspaper?

Much as this is not the first time the Russian government banned cryptocurrency as a way of regulating its operation, recent events in Russia indicate that the country is tilting toward pushing cryptocurrency to the mainstream. Though this particular event is a big blow to those positive efforts.

Just like other countries, Russia is struggling to define law on cryptocurrency, which is culminating in legal inconsistencies. For instance, while banks seize cryptocurriences as property due to the inability of the hodlers to repay their loans, the courts are appearing irregular in the verdicts on digital currencies. Indeed, courts in Russia have been going back and forth. This is common among courts in St. Petersburg.

Today, the court pronounces crypto advertisement illegal, tomorrow, it may receive legal considerations. This is leaving Russian investors groaning in frustration. For the political class, the opinions remain a mix. This further worsens the woes of the Russian businessmen and women who are interested in diversifying to the new asset class. For ordinary Russians in the know, cryptocurrency such as BTC deserves the necessary legal backing.