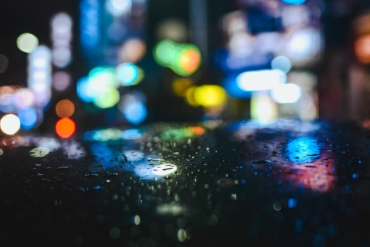 dApp browser and wallet, Toshi, which was designed by Coinbase has now changed its name to Coinbase Wallet. In its announcement, the company stated that the change goes far beyond its branding. The company added that it’s working on products that will change the future of the decentralized internet. Siddharth Coelho-Prabhu, the current product head at Toshi, said that the upgrade to Coinbase Wallet had users in mind. He added that Toshi lovers will still have the same product but with an enhanced look.

Toshi was managing ERC-20 tokens and Ethereum. More to that, the re-branded wallet will be able to receive ICO tokens, store cryptocurrency collectibles, and airdrops.

The Coinbase Wallet will also have improved security features as well. The main aim of this wallet is to ensure the exploration of the full universe of dApps. This will include the ability to take loans and do tasks in exchange for payments. Coinbase believes that the re-branded Toshi wallet can speed along the adoption of digital currencies all over the world.

Toshi was formed in 2017 through inspiration from mobile applications like WeChat from China. It was developed in a way that it would allow access to open financial networks. The application has a very reputable system which makes it easy to rate other apps hosted on the software.

Coinbase is currently working on several projects. This week the exchange announced that it would start trading Ethereum Classic (ETC). The announcement saw the digital currency gain by more than 20%. The rise of ETC’s price started when rumors emerged that Coinbase was preparing to start accepting the digital currency.

Coinbase is currently the largest exchange in the United States, having more than 20 million clients. This is despite the fact that the exchange trades only Bitcoin (BTC), Bitcoin Cash (BCH) , Ethereum (ETH), and Ethereum Classic. Coinbase has stated that it will continue to expand in order to ensure a massive adopting of digital currencies. It is also working on other digital currencies, though it does not reveal those names to avoid price manipulation. The exchange is working hard to maintain its reputation which is evident with the Toshi re-brand. It’s very cautious about the security of its clients having in mind that the cryptocurrency market is currently the most targeted by hackers.