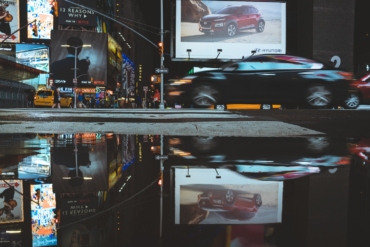 In-game items of CryptoCarz will now trade on WAX ExpressTrade. To emphasize, this development came to light via an announcement released by Worldwide Asset eXchange (WAX)™ together with CryptoCarz. In addition to this, players can buy such items at OPSkins™ via Ethereum (ETH), WAX Tokens, Bitcoin (BTC), EUR, USD, and others. Of course, this is an exciting development bringing popular virtual merchandise to the crypto-sphere.

To start with, CryptoCarz fusing with (WAX)™ generates sparks and enthusiasm. Essentially, CryptoCarz is one exciting racing game powered by multiplayer virtual reality (VR). CryptoCarz revels in the uniqueness and usefulness of blockchain technology which it massively deploys. To be sure CryptoCarz stands out among other racing games, players entirely own their cars as well as other items.

Equally, players can use the blockchain for storing their limited-edition virtual items. For example, players can store their lovely cars in virtual garages. They can choose which car to take for an online racing contest and even modify the mechanics of the car. As for WAX, it is basically more of a blockchain-based platform which serves as a global marketplace where merchants and buyers can transact trade on digital items with no investment on security. So, do you now see how WAX and CryptoCarz would go together in this exciting bromance?

With this collaboration in place, gamers on CryptoCarz will now delight in buying virtual assets on OPSkins and proceeding to sell them on WAX ExpressTrade. In general, these tradeable in-game virtual assets will include car components as well as the cars themselves. Delightedly, gamers can hone their virtual entrepreneurial skills. This way, you can buy a car, possibly modify it, and head over to WAX ExpressTrade to make some quick bucks by selling it! Isn’t this the future we are all looking for?

In addition to this, gamers will be able to locate special edition items through loot crates in-game. However, gamers can only open such category of items through special WAX keys. This is not all for sure. VGO, as well as other virtual items which the user traded, or possibly bought outside CryptoCarz, are still eligible to be used inside the game. Certainly, you will agree this brings the spice of flexibility to the use of online gaming items.

According to said Daniele Sileri, CEO of Blockchain Studios,

“Working with WAX is a critical pathway for CryptoCarz, and will help take our racing vision to over 400 million potential users. We share the belief in the power of blockchain technology applied to digital gaming items. The aim of our collaboration is to enable the interoperability of items between different platforms, providing new possibilities for gamers everywhere.“

Gaming juiced up with blockchain is always going to be an exhilarating combo.