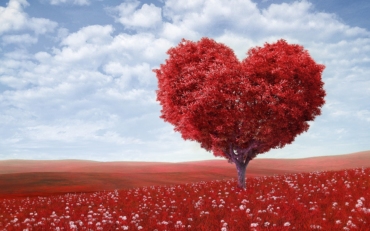 In January 2008, Brad, 23, had the dream of reaching the pinnacle of his career. As a computer scientist, Brad worked at one of the tech giants in the Silicon Valley. With a five-figure salary, Brad already had the feeling that the world was his oyster. Apart from the salary, Brad had a cool car, and a cozy apartment. While many people hoped to experience the “American Dream,” Brad was already living it. What more could he improve?

Well, the reason is that he was rarely saving money. Two years later, Brad learned about Bitcoin (BTC). Today, Brad is married with kids and has become a full-time BTC miner. With holdings in digital currencies and U.S. dollars, Brad is worth millions of dollars. Well, that was how Brad rewrote his story using digital currency.

With these features, there is no doubt at all that the currency could be currency of tomorrow. Before talking about tomorrow, let’s look at the impact it makes today.

Ever since Ripple Labs tokenized their platform, they changed everything. Today, every ICO issuer tokenizes his/her ICO as a fast means of raising startup capitals. Also, well publicized ICOs raise millions of dollars in a few hours. For instance, Telegram Messenger, Basis, Celsius Network, and Mobius Network. Yes, they all raised millions in few hours. So, ICOs enable their issuers to raise startup capitals around the world in a short period of time.

From programmers to founders, miners to consultants, traders to investors, it’s an endless list. True, these stakeholders depend on virtual currency to eke out a living. There’s no doubt some of them have made a fortune from cryptocurrency. Just like a frosting on a cake, these pros have gone farther to create jobs for others. The likes of Brad fall into this category.

With digital currency, funds are decentralized. So, wallet holders are in control of their money and property without third party interference. This is contrary to fiat currency which the government controls. With digital currencies, asset transfers happen so easily.

Looking for more reasons digital currencies improve the world? Search no further. One of the benefits of virtual currencies is that it goes beyond borders. As a result, it is perfect for cross-border payments. Crypto payments eliminate the need for global payment systems like SWIFT. This makes it cheaper, faster, and more reliable.

Much as fiat currency offers this function, it’s not without some costs. Yes, Ethereum smart contracts enable people in different parts of the world do business effortlessly. The best part is that it doesn’t matter the part of the world where the parties are. Keep in mind that cryptocurrency contracts can be developed to introduce third-party approvals. However, doing so eliminates the key factor that makes them unique – decentralization.

As a payment method without third parties or central authority, corruption is eliminated. The co-founder of nonprofit Democracy Earth, Santiago Siri, says the non-governmental organization is developing an app. Siri says the goal of developing the app is to eliminate financial frauds. The app will be blockchain technology-powered.

Recall that the emerging markets (EM) were recently cut off from global economy. Yes, the U.S. government has imposed sanctions on Turkey and Iran for different reasons. Though, the implication is that these countries have been denied the US dollar, making it difficult for them to trade internationally. Cryptocurrency provides the all-important alternative currency. Perhaps this explains why it is called alternative currency.

Also, digital currency can act as a good alternative in the times of economic crisis. For instance, the Venezuelan government has developed its own cryptocurrency as the value of their local currency continues to depreciate. Its impact as an alternative to fiat currency is critical.

How can cryptocurrencies improve security? The anonymous nature of crypto transactions makes them difficult for the initiator’s details to be stolen. While it is normal for someone to steal customer’s credit card details, it’s impossible with cryptocurrencies. Indeed, that’s simply because their transactions are pseudonymous.

“Pull” basis allows the crypto transaction initiator to determine the actual information he wants the receiver to see. With this feature, users are at ease performing such transactions, thus making financial transactions secure.

Schools are beginning to use cryptocurrencies for tuition payment, that’s according to Futurism.com. The website noted that many universities in Cyprus, the United States, Germany, and Switzerland now accept it. True, this means that digital currencies could displace fiat currencies soon.

Wrapping up, this piece discusses the indelible impacts that virtual currency makes in our everyday lives. With each passing day, news breaks of how cryptocurrency and also blockchain technology are finding use in solving human problems and improving human well-being. Cryptocurrency is in its early stage, so the next decade will witness more things then we can imagine.

In truth, the major setbacks to cryptocurrency replacing fiat currency are scalability and volatility. The development of the much talked about lightning networks will solve scalability, experts say. Nonetheless, the next hurdle is volatility. Again, experts have argued that the introduction of Wall Street funds will stabilize the market.