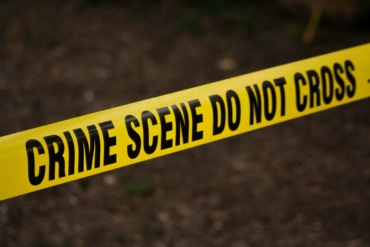 After announcing a ban on cryptocurrency and its ilk, the Chinese government is stepping up its clampdown measures even further. This time, the local authorities are beaming their searchlights on ICOs. Surprisingly, the government is focusing on the big internet platforms. In short, Alibaba, Baidu, and Tencent are the primary targets.

In compliance with the directive, Baidu, also known as China’s Google, took some decisive measures. The search engine has had to close down some crypto services on its platform. Some of these services include Virtual Currency Bar and Digital Currency Bar. While explaining, the platform noted that the measure became necessary as they needed to comply with the relevant laws.

On its part, Alibaba’s Ant Financial announced that it would ban their customer accounts that are used for cryptocurrency purposes. Tencent released a statement, saying that it will monitor activities on its WeChat app online real-time. The company maintains the reason is to block cryptocurrency trading using its platform.

Similarly, Eran Eyal, the CEO and founder of the retail website Shopin, faces a 15-year jail sentence. After raising over $42.5M USD in an ICO, Eyal allegedly defrauded investors of $600,000 USD. The police suspect him of committing the crime when he was the acting CEO of Springleap Inc. Its background information shows that Springleap Inc is a global outsourcing firm. The police charged him with giving false representations in order to attract investors.

Details of His Charges

In fact, the court documents say that Eyal told a pack of lies to lure investors. From the management team to the advisory board, creative professionals to client base – he told lies about them all.

Barbara Underwood, the prosecutor, said Eyal told lots of lies. The New York attorney said that the accused lied about a business, something her office cannot and will not tolerate. She vowed to take steps to prosecute the securities fraud.

In a related development, Thai police investigators are expanding their probe involving a Finnish investor. In fact, the investor is suspected of becoming a victim of a cryptocurrency fraud to the tune of 500 BTC. The investor fell for a promise of high returns from a casino ICO in Macau. Surprisingly, the case came to the limelight when the police fingered a popular Thai actor as an accomplice. The police investigation is still ongoing.