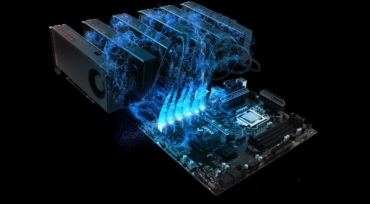 As a show of confidence that Bitcoin (BTC) will appreciate and perform as well as it did or even better towards the end of last year, a cryptocurrency mining firm known as Miner One has sent a high-altitude balloon to the upper stratosphere of earth. The helium-filled balloon contained a capsule made of carbon fiber. It carried a tangible bitcoin souvenir coin, a GoPro Hero 5, a satellite phone, a battery, a Raspberry Pi 3 and an Application-Specific Integrated Circuit (ASIC).

“We are bullish on bitcoin because it remains the world’s most popular and proven application of blockchain technology. And we see growing interest and adoption, despite recent market doldrums,” says Pranas Slusnys, CEO of Miner One.

The balloon was able to a scale a height of over 100,000 feet (or 35,000 meters). Once the helium-filled balloon reached the troposphere, located between 3.7 and 6.2 miles above earth, the ASIC was activated. To link to the internet, a satellite phone was used. On its journey, the balloon kept on expanding, and at one point had a diameter of 10 meters. The expansion was a result of the falling air pressure.

Miner One’s mission in the stratosphere lasted a period of around two hours. Eventually, the balloon’s explosion sent the capsule parachuting back to planet earth. The capsule landed in an open field in Lithuania. The exact position of the capsule was located by use of GPS tracking.

According to the chief executive officer of Miner One, the aim of the stunt was to generate publicity for the Initial Coin Offering of the cryptocurrency firm. Miner One intends to raise approximately $10 million which it will use to put up a digital currency mining facility in Northern Sweden. The choice of the Nordic country has been due to the fact that Sweden enjoys low electricity costs. Northern Sweden cool climate is instrumental in offsetting the heat generated by mining rigs during the process of producing digital currencies.