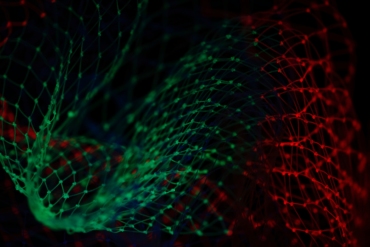 Many people are certain the cryptocurrency market has growth potential and the ability to provide substantial returns. More companies have been making the move towards investing in different cryptocurrencies, Bitcoin most especially. Recently, in a bid to provide support to its expansion globally, eToro a popular trading platform, acquired $100 million in an e-Funding round. The platform already supports major tokens like Bitcoin, Litecoin, Ripple and Ether.

Due to the recent Bitcoin volatility and negative news flowing around the cryptocurrency market, a lot of banks are trying to steer clear from digital coins. Although, Goldman Sachs, a big name in the finance world, is setting aside these risks with plans to move ahead. They are in the process of becoming the first Wall Street Bank to set up a Bitcoin trading operation.

By taking this step, which is liable to grant legitimacy to digital currencies, the bank plans to use its money for trading with clients in diverse contracts linked to Bitcoin’s price. At first, Goldman will not be selling and buying actual bitcoins. A bank has a team monitoring possibility of moving in that direction once their is regulatory approval. They will also need to suss out the risks that come with holding digital currency.

There are three factors which have contributed to the recent correction of the cryptocurrency market: Bitfinex taxation policy, the sell-off of Mt. Gox in May, and the scandals involving the two biggest crypto exchanges in South Korea, Bithumb and UPbit. These factors caused a scare among investors and their confidence in the crypto market.

Bitfinex targeted a portion of its user base for tax ID forfeitures and personal ID, which caused a scare among large-scale investors thinking a possible government intervention was looming. This in turn made them withdraw large sums of funds from the Bitfinex exchange.

Local investors in South Korea became bewildered as a result of the controversy surrounding Bithumb and UPbit. They are very skeptical as to which local crypto market to trust.

In spite of the rapid advancement in the infrastructure of the crypto market and the entry of large financial institutions, the downtrend of Bitcoin and other digital currencies has dismissed a rebound in the market and a corrective rally. Bitcoin’s RSI is already showing oversold conditions that could result in a rebound.

In the crypto world, tokens usually increase in value or decrease by greater margins when compared to other digital currencies. ICON, Ontology, Ox, AirSwap, Aelf and Ziliqa, have all recorded gains above 20% against BTC in May. They have also seen losses between the range of 4%-12% against BTC & 8%-16% against the USD.