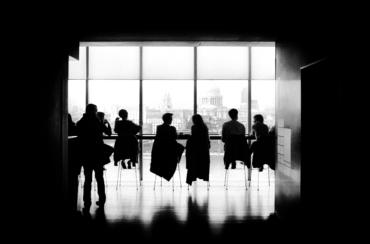 Cryptocurrencies are enabling us to see beyond the conventional banking system, but at the same time they have also been the target of fraudsters. The meteoric rise in value of cryptocurrencies, like Bitcoin last year, is fueling interest in crypto coins and tokens. Financial institutions are analyzing the new industry and taking measures to deal with its volatility. Though, this is not stopping investors from investing in new and existing projects.

One of the recent and largest ruses involving cryptocurrencies was a $600 million scam potentially perpetrated by Vietnam-based company Modern Tech. The scam involved the ICOs of Pincoin and iFan. Pincion came from Dubai and iFan from Signapore. Both ICO scams are receiving classification as Multi-level Marketing (MLM) schemes. According to local news service, Tuoi Tre News, the two companies went silent after conning around 32,000 investors.

Pincoin promised investors 40% returns. According to the Pincoin website, which is still online, “The PIN Project is about building an online collaborative consumption platform for global community, based on principles of Sharing Economy, Blockchain Technology, and Crypto Currency.”

Pincoin, however, did not sneak under the radar of scam watchers. A February report from scam watcher, Behindmlm, reported the buy-in process and opaque nature of the coin are common features of ROI ponzi schemes.

Here are some of the packages PinCoin was offering, according to Behindmlm:

“PinCoin affiliates invest funds in PIN points “Sharing Packages”, on the promise of a 52 week ROI:

As a means for celebrities to connect with their fans, iFan offered the following features according to ICObench: Video, Audio, Social Network, News, Digital Library, Ads, TV, and online Shopping.

Modern Tech vacated its offices prior to the news breaking about the scam. The company closed its offices in Ho Chi Minh City in March. Protesters frequented the former offices of Modern Tech on April 8 after the company stopped processing cash withdrawals.

The success of these schemes, despite previous Pincoin warnings, is a negative on the cryptocurrency industry. However, cryptocurrencies are not responsible for these frauds as Ponzi schemes are common with other investment options as well.