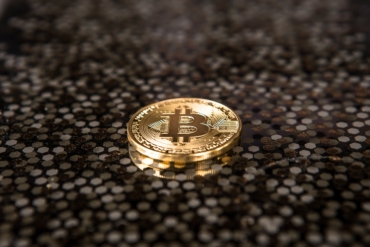 Founded by Wences Casares, blockchain startup Xapo is reportedly holding 7%t of the global Bitcoin (BTC) supply in bunkers on behalf of some of the world’s wealthiest people.

The cold storage provider could be holding Bitcoin worth roughly $10 billion. The company, created in 2014, has been building an elaborate and secure network of underground bunkers on five continents. These bunkers, or vaults, house highly secure and encrypted computer servers that hold the massive amount of Bitcoin.

Casares has spent the better part of the last few years trying to get millionaires and billionaires in Silicon Valley on board with the idea. His main selling point is that Bitcoin will become the global currency of the future.

It’s quite impressive that Xapo has managed to hold roughly 7% of the total Bitcoin supply in existence. This speaks volumes about Casares’ ability to convince the world’s wealthiest to store their Bitcoin wealth in bunkers. It also suggests that some of the elites believe that Bitcoin is indeed the future of currency.

Despite a description as a cold storage provider, it is worth noting that it acts more like a highly successful bank. Collecting 7% of the global Bitcoin supply in only 4 years is an impressive feat. Technically, this means it has more deposits than 98% of the banks in the U.S.

Since Xapo is not a bank but rather a custodian, it has a different regulatory framework than the one used by banks. Its Swiss division is governed by the Financial Services Standards Association (VQF). The VQF is a self-regulating framework that audits its members to make sure that anti-money laundering regulations are adhered to. It runs its operations in the U.S through a Delaware company licensed in multiple states under the Financial Crimes Enforcement Network (FinCEN). The network is also part of the U.S. Treasury Department.

One high-ranking figure using Xapo’s services includes CoinShares founder Ryan Radloff, who has stored more than $500 million in Bitcoin. Others include Reid Hoffman, who is one of the founders of LinkedIn, and Mike Novogratz, a former Wall Street Trader. Most of those who store their Bitcoin with Xapo believe that it will stand the test of time.