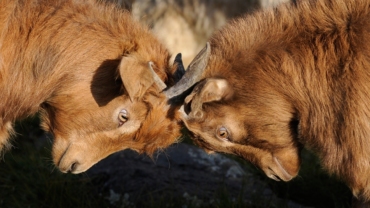 A referendum to downgrade Dash (DASH) CEO, Ryan Taylor, as a result of missed deadlines, was launched within the company website. One particular discontent Dash community member has pushed the envelope of this project’s decentralized control model.

User “SavingPrivateDash” had submitted the proposal on August 6th. The proposal recommends demoting Taylor to an advisory role.

Dash is a decentralized network that assigns the authority of voting exclusively to master nodes. As a result, for 5 DASH ($681 USD), any user may suggest changes and kick off a vote. This is exactly what the pseudonymous SavingPrivateDash has done.

The member specifically points his finger to Taylor’s ineptitude regarding the promotion of the community’s welfare. Taylor’s inability comes especially at a time when the platform experiences substantial growth and expansion. Taylor has been on the Dash team from the very start. Besides, he also assumed intensive endeavors to develop both the company and its linked cryptocurrency.

What Is This All About?

The proposal throws an arsenal of accusations at Taylor’s alleged ineptitude. However, the main charge refers to the executive’s mismanagement of funds as well as an inability to develop the project. As a result of all this, the value of the coin slumped.

Down over 91% from its January record-high of $1,561 USD, DASH is one among the greater losers of the top-25 by market capitalization. The whole market’s insistent slump may be typical, but SavingPrivateDash is pointing his finger at Taylor regarding DASH’s downfall.

“Ryan destroyed the market’s confidence in Dash by repeatedly breaking promises and missing deadlines. Dash was once valued at 0.09 BTC and it is now 0.02, in spite of millions of dollars available to him. Vault accounts, usernames, friends’ lists, easy to use mobile wallets, and marketplace. None of the 2016 promises were kept.”

As a master node operator, SavingPrivateDash lists many unrealized assurances and errors most likely made by Taylor. On the growth front, the user appears mainly worried by the evident lack of growth on Evolution. Evolution is Dash’s innovative decentralized payment platform.

In the end, technology omissions alone is a huge reason for the support to demote Ryan. The application alleges that a number of technological updates and attributes with reference to Dash Core Wallet are still pending.

It is not clear if the suggestion will mobilize the Dash community to oust Taylor.