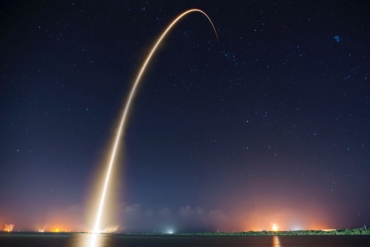 Without question, Dogecoin (DOGE) has had an amazing outing in the last couple of days. Apparently, one factor that has enabled DOGE to have a sound footing in the market is the Dogethereum concept. Is that new to you? Well, that’s the direction that the coin is taking now. Yes, DOGE plans to become compatible with the Ethereum network. Fortunately, the excitement of the DOGE price surge seems to be holding it up as the “joke coin” continues holding strong.

Looking at the history of DOGE, it’s no longer news that it started out with a silly dog meme. Of course, everyone looked down on it as it was tagged “joke coin.” Fast forward to last week, the price rose significantly, surprising many investors. Although it is underestimated, it remains one of the most mineable coins in the market. While the coin is more active than Litecoin (LTC) and Bitcoin Cash (BCH), it has a major hurdle. It has an unlimited supply, meaning that its mining will never stop.

Indeed, the idea of compatibility between the two platforms means that there will be seamless interoperability. When the two platforms become compatible, Dogethereum will then have integrated smart contracts. With that, direct swaps become extremely easy on the two platforms. Although this idea seems well-thought-out, critics believe that it won’t fly. The good part is, the project is just days away from launch.

Sure, the combination of the two platforms will deliver a perfect coin for rewards and micropayments. However, one major challenge that DOGE is battling with is the issue of wallets. While the combination offers an opportunity to solve DOGE wallet issues, skeptics say the joint platform will be centralized. Really, if that becomes the case, it will be an affront to the concept of decentralization.

Much as it recorded a significant spike last week, DOGE dipped slightly over the past few days. At the time of writing, DOGE is trading at $0.005173 USD. Fortunately, it has stabilized over the past couple sessions and has made some decent gains today. With a nearly 70% spike in price, many enthusiasts thought that the coin would maintain its positive trajectory. Coming into the week, traders looked to take profits which saw DOGE take a slight dip.

Funnily enough, the price dip didn’t have any noticeable effect on the general market performance. While the market remains generally reddish, analysts insist that DOGE isn’t responsible for it. The most reasonable explanation is that the DOGE community reacted to the Dogethereum collaboration. As a result, it led to the price spike.