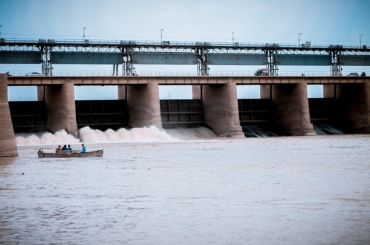 One of the major challenges facing Bitcoin (BTC) mining is the amount of computing energy expended in the process. As a result, mining is a planned activity that happens in locations which have enough electricity at lower rates. Also, the machines used for mining are those that consume plenty of energy. As you can see, electricity consumption is one of the major challenges bedeviling mining. To combat this issue, a California-based Bitcoin company is proposing a solution to that decade-long mining setback. DPW Holdings comes to the rescue.

Details of the Solution

DPW Holdings has completed work on a repurposed hydroelectric dam. On Thursday, the energy company released a statement, saying that it is hoping to service its mining farm. With a smooth-going strategy, DPW Holdings hopes to build a mining facility in Q4 of 2018.

Your guess is as good as ours: the company will power the mining facility with the hydroelectric dam. Sited in Valatie Falls, New York, the dam construction has become critical, following the rise in energy demand. As the population of miners increases in New York, there’s a need to supply them with an adequate amount of energy.

Technical Details of the Facility

Indeed, DPW Holdings will use its mining hardware for its operations. Its mining tool, AntEater, is in development in collaboration with the tech giant Samsung in January 2019. With a dedicated subsidiary, Super Crypto Mining, DPW Holdings will be a force to be reckoned with.

The CEO and chairman of DPW Holdings, Milton Todd Ault, shared his thoughts on the development. In a press release, Ault said that the project will provide DPW Holdings and its subsidiaries the avenue needed for collaboration. Through collaboration, they can create a new model for crypto mining, he stated. Furthermore, he also added that they are able to tackle the major challenge of mining, which he identified as electricity. Ault expressed hope that the dam will be completed within the estimated time frame.

Firms Are Getting Ready for the Future

DPW Holdings believes that with the project, it will redefine the shape of cryptocurrency mines in the US. This dam is being built a week after the mining firm Bitmain announced that it was investing in its facility sited in Texas. The Asian crypto mining giant estimated that the project would cost approximately $500M USD.

Across the border in Canada, residents have expressed reservation over the increase in crypto-mining activities. In Quebec for instance, the power-generating companies have increased electricity bills in recent times. Furthermore, they have asked crypto mining companies to bid for electricity as they consume a lot of power.