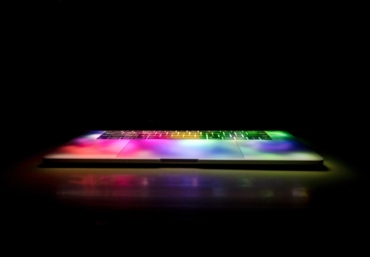 Renowned economist and Nobel-prize winner Joseph Stiglitz is lending his voice to a long list of professionals criticizing cryptocurrencies. The professor of Columbia University was speaking on the heels of widespread concerns that cryptocurrency shields illicit activities.

Speaking to Financial News on Monday, Professor Stiglitz, 75, contended that the anonymity of Bitcoin is making it difficult for creating a transparent banking system. Explaining further, the university don stated that transactions performed using bitcoins are shrouded in secrecy. In turn, this makes it hard for governments to regulate such transactions. The professor, who was also a recipient of Nobel memorial Prize in Economic Sciences in 2001, likened cryptocurrency to a hole full of nefarious activities, which no serious government would allow in its country.

While giving his opinion about the cryptocurrency market, the Professor of Economics said that though the market has been growing exponentially, governments will step in and “hammer” it whenever it grows significantly. Speaking further, he cited the SEC’s steps to control the crypto-market by scrutinizing it thoroughly, as an example of how to “hammer” it. He commended the efforts of other governments around the world in regulating the growth of cryptocurrency by laying down stringent regulatory guidelines that all cryptocurrency exchanges must comply with.

Professor Stiglitz didn’t mince words when he said that it was critical that governments around the world regulated cryptocurrency. To him, it’s one of the best ways of controlling illicit activities. He argued that Bitcoin’s primary use is for money laundering and other crimes. When those crimes are kept in check, Stiglitz says the demand for Bitcoin will crash. In precise terms, the professor says that the best way of rendering Bitcoin useless is through regulation. That will curb illicit activities often perpetrated using the digital currency.

The founder of the Initiative for Policy Dialogue, a Columbia University-based think tank, never relents in efforts to criticize Bitcoin. Recalling in January, Professor Stiglitz also criticized Bitcoin while speaking with Bloomberg. He was vocal in saying that the United States needed to transition its financial systems to electronic payment solutions. Though, he ruled out the choice of Bitcoin being good enough to fit the description.

However, cryptocurrency proponents are speaking out in their defense of virtual currency. In what appears as a direct response to the elderly critics, Bitcoin investor Tyler Winklevoss posited that cryptocurrency would be difficult for the elderly ones to grasp. Apart from Professor Stiglitz, other prominent critics of Bitcoin include American billionaire investor Warren Buffet, Microsoft founder Bill Gates, head of International Monetary Fund Christine Lagarde, and J.P. Morgan boss Jamie Dimon.