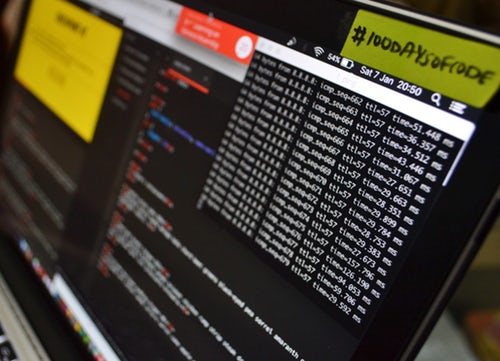 According to the cybersecurity firm, the attackers registered a similar domain name as StatCounter and then injected malicious codes into the script of StatCounter through its webpage. Mischievously, the thieves named their site as StatConuter, swapping two letters from the official website StatCounter. No doubt, spotting such a difference is near impossible at a glance as they share a striking similarity. ESET noted that the cloned domain name had previously been suspended in 2010 for exhibiting “an abusive behavior.”

If the stats that StatCounter released are anything to go by, then the site manages about two million users. In short, the website provides traffic data on daily internet activities on other websites. From the cybersecurity firm’s findings, the fake site uses Gate.io’s URL, “myaccount/withdraw/BTC,” to steal from the victims. And at the time of writing, it turns out that Gate.io has a valid page on the fake website, exposing its users to the fraud.

According to the report, what was even more worrisome was that Gate.io uses the said URL to transfer Bitcoin from its account to external addresses. Basically, the game plan was to have the hackers’ script automatically replace the users’ Bitcoin addresses. Accordingly, the malicious server generates a new BTC address whenever a user visits the StatCounter script. Unsurprisingly, ESET researchers worry that many people might have fallen victim to their machinations. They further stated that it is hard to determine the actual number of people who have fallen prey to it. When ESET alerted Gate.io about the development on Wednesday, the cryptocurrency exchange removed the StatConuter from their website, reassuring their users that their funds were “safe.”

Cryptocurrency Exchanges Are the New Targets

Gate.io, according to CoinMarketCap data, is the 38th largest cryptocurrency exchange in the world by adjusted trading volume. Gate.io’s website indicates that it is based on the Cayman Islands. Over the years, crypto exchanges have become the target of hackers. Indeed, these hackers usually use malicious codes to divert unsuspecting users from the real exchange to their cloned sites, thus exposing their login data to thieves. Upon releasing these login details, the hackers often strike the victims, transferring their coins to difficult-to-trace wallets.