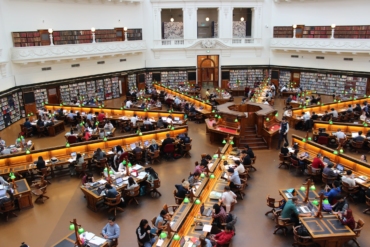 By now, you are probably aware that the U.S. investment regulator – SEC – will rule in the first Bitcoin ETF (Exchange-traded Fund) on September.

Unverified sources indicate that it would be approved in February of 2019. While some analysts believe that its approval would trigger the much-awaited bull run, others argue that it would increase market volatility.

Impact of ETF on the Virtual Currency Market

For a couple of months now, opinions on the impact of SEC’s ruling on the crypto market have been causing friction. Accordingly, we will run experts’ views on straws in the wind guesswork regarding the BTC ETF approval.

The CEO of cryptocurrency-based investment firm BKCM, Brian Kelly, argues that its approval would have a positive impact. Kelly says that the rise of BTC price from $7,000 to $8,000 USD in August was a result of hype from its anticipated approval. When the price dropped significantly, Kelly blamed it on investors reacting to SEC rejection of Winklevoss’ ETF.

Andreas Antonopoulos, a popular crypto security expert and researcher, also took a stance on the ongoing debate. Interestingly enough, he kicked against the introduction of ETF in a regulated market. He said that it’s likely to attract retail traders and institutional investors that haven’t traded certain cryptocurrencies due to regulations. When these players finally join the market, they could potentially manipulate it.

Furthermore, he pointed out that while everyone is elated about Exchange-traded Fund approval, enthusiasts must not lose sight of the aforementioned downside.

Is the Expert Right?

Yes, it is possible, given the events playing out in recent times. Take, for instance, the ETF of VanEck-SolidX and Chicago Board Options Exchange (CBOE) may attract billions of dollars to the market. Consequently, when the ETF releases, the trading hours of the stock market may witness sway by significant margins in the BTC price.

Also, there is a striking difference between the Exchange-traded Fund market and the futures contracts. Unlike the latter, in the ETF market, investors do not reduce the BTC price through price trend manipulation. If investors manipulate BTC price using the ETF market for more gains, the BTC market becomes more volatile. So, manipulating the BTC price has far-reaching consequences.

As regulated institutions introduce more publicly tradable investment features, no doubt, the liquidity of BTC will improve. As a result, doctoring the price trend of the virtual currency market becomes more difficult. Nonetheless, tradable investment features could give investors the leverage they require. This would help reverse the market during the fast growth and high volatility periods.