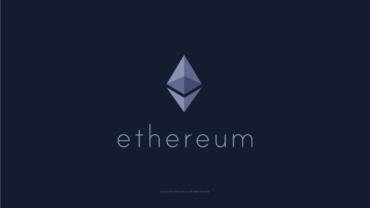 The Ethereum blockchain is becoming a useful and reliable platform for the dissemination and storage of crucial information. After the South Korea and North Korea peace treaty, one developer went overboard to ensure the declaration’s safe storage.

Ryu Gi-Hyeok created two transactions on the Ethereum blockchain to record details of the peace treaty between the two countries. The Korean and English records of the Panmunjom Declaration are now perfectly embedded in the blockchain. Furthermore, the signing by Moon Jae-in of South Korea and Kim Jong Un of North Korea signals a historic moment.

Details included in the Ethereum blockchain include promise that “South and North Korea will make joint efforts to alleviate the acute military tension and practically eliminate the danger of war on the Korean Peninsula.”

Adding details of the peace treaty on the immutable Ethereum blockchain means people will have future access.

This isn’t the first time the Ethereum blockchain has been used for the dissemination of important information. Concerned with the ways posts were disappearing in WeChat and Weibo, Chinese internet users as part of the #MeToo campaign turned to the blockchain to make known their grievances.

Posts about an alleged sexual misconduct cover-up in one of China’s most prestigious universities, Peking University, appeared in the Ethereum blockchain last month. Yuen Xin published the letter after school administrators tried to coerce him to drop his activism of the allegations.

Blockchain powered projects have emerged as crucial tools for evading censorship from authorities in various jurisdictions. Over the years, authorities have forced websites and social media networks to censor certain posts.

However, with the emergence of blockchain powered platforms such as Ethereum and Bitcoin, such actions could soon be a thing of the past. This due to the fact that public ledgers are impossible to alter. While this method is less effective than mainstream social media, when it comes to distributing information to a wide audience, it continues to gain traction at an impressive rate.

Increased application for Ethereum is already having a positive impact on its native cryptocurrency that has started to spike higher. The crypto has already taken out the critical $700 mark which continues to affirm the early year sell-off is over. As a result of the upward momentum, the cryptocurrency could surge to the $800 level.