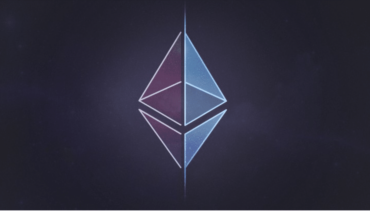 A bruising battle is brewing in the background between developers and miners in one of the most popular cryptocurrencies. Cody Burns is a developer who has tabled a proposal that recommends a change in Ethereum’s classic underlying algorithm.

If accepted, the algorithm could have a severe impact on how the dominant application-specific integrated circuit machines are used to mine the cryptocurrency. However, resentment towards the proposal has already started growing amidst fears that if implemented the changes could upset a balance of major cryptocurrencies.

In his proposal, Burns seeks to remove a mechanism by which Ethereum classics algorithm creates random variances in its memory storage. The requirement was initially put in place to reduce the effectiveness of ASICs.

The proposed algorithm will allow ASICs to mine Ethereum classic while decreasing the need for extra computer storage. The developer also believes the proposed changes will lower the cost of GPU mining. That will go a long way in winning over miners who would be reluctant to pay an extra dime for improved hardware.

To achieve this, Burn’s new algorithm will delete the current Ethereum classic’s DAG function. Shared between Ethereum and Ethereum classic, DAG functions add random data every 100 hours to the blockchain, which in return increases the storage requirement for mining chips

It is for this reason that all mining hardware must have sufficient memory or RAM to cater for memory requirements. DAG on the two cryptocurrencies has already grown from 1GB to 2.5GB and has become a burden to most miners. As it stands, GPU miners need about 4GB of memory to cope with the ever-increasing data set.

While Burn’s proposal could significantly curb the memory storage burden, many developers fear it could result in serious problems. For instance, Ethereum Classic developers fear an upgrade of the underlying cryptocurrency algorithm could trigger a system-wide upgrade or a hard fork.

There are also concerns that a DAG resetting could encourage ASIC development, a move that would result in more efficient hardware thereby making GPU mining obsolete. According to Burn’s, ASICs are more efficient than GPU which makes them a better choice for proof-of-work blockchain.