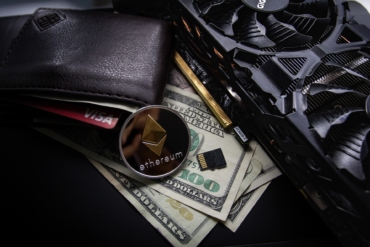 The cryptocurrency market cap lost nearly $30 billion as bulls came under pressure from short sellers after a recent spike. The plunge continues to raise concerns on whether it is minor pullback. The trading community wonders if there will be further movement on the upside or whether cryptocurrencies will resort to trading lower as has been the case for the better part of the year.

While it is not clear what triggered the recent sell-off, it could be a simple matter of traders taking profits after the recent spike. After spiking above the $700 USD mark, Ethereum tumbled back to $598 in what appears to be a minor correction.

Given that the $600 level has managed as a critical support level, Ethereum could spike higher on the continuation of an emerging bull run. The cryptocurrency needs to rise and close above the $630 mark to reaffirm the emerging uptrend.

However, a plunge followed by a close below the $600 mark could open the door for the crypto to drop to the $490 mark which is seen as the next support level. Resistance is seen at the $710 mark above which Ethereum is expected to climb higher as bulls assume control.

Bitcoin (BTC) remains resilient after closing above the $9000 mark in recent trading. As other cryptocurrencies lost double digits, the popular cryptocurrency only fell by one percent, beating the index by more than 8%.

Ripple (XRP) and Bitcoin Cash (BCH) were among the worst performers after plunging by 13% and $16%, respectively. EOS was the only cryptocurrency that traded in the green. Its price received support from investors reacting to news that the eToro trading platform is set to start supporting it.

While the recent sell-off is a point of concern, sentiments have improved recently which may be an indication that it could be short-lived. Investors are slowly trickling back into the marketplace. Retail investor confidence has especially received a boost on reports institutional investors could be planning to enter the space and take positions.